CLAY: Would you even feel better if Joe Biden stepped down knowing that Kamala Harris is sitting in the wings? And I’ll answer that question. I’m also curious what Buck thinks about it. But first this, to me, was… It was not a great press conference and speech from Joe Biden at all yesterday afternoon. But this, to me, was the personification of why Joe Biden is in over his head. Listen to this as he prepared to take questions from the media. This is Joe Biden yesterday.

BIDEN: (haltingly) Ladies and gentlemen, they gave me a list here. The first person I was instructed to call on was Kelly O’Donnell of NBC.

BUCK: Clay, what the heck is that?

CLAY: It’s so unbelievably embarrassing that the president of the United States cannot actually pick his own people to call on. And, even if you have a list — which we know he does, because there’s been pictures sometimes that go out virally of a list of people that Joe Biden is gonna call in an order — I just wonder about all of this in terms of his mental faculties.

As calls for Joe Biden to resign continue to grow, you have to pick one of the two, who would you rather have as president right now: Joe Biden or Kamala Harris?

Look, you can criticize Donald Trump, and, God knows, he got criticized for everything. But he would stand and take questions sometimes for hours from the media calling on people both favorable and unfavorable to him, and all of his press people came out and said, “We never gave him a list and said, ‘Hey, you’re gonna call on this person first.'”

BUCK: It was like Gulliver with the Lilliputians trying to hold him down and attack him. Trump, there’d be a frenzy during —

BUCK: — these gaggles and sprays and things they do.

BUCK: And Trump would just…Look, it was one of the most magnificent things of his presidency, just one after another, “You, be quiet.” “You, not true,” but he would take it.

BUCK: Joe Biden… This is Basement Biden who is now having to walk around and act like he actually knows what the heck is going on.

CLAY: And what’s happening here, Buck, is they know what the questions are going to be; so they are prepping him for, “Hey, you’re gonna get asked by this person what that question is,” and I wonder on some level. I don’t know where the teleprompter is or whether the media can see it as he is speaking. But I feel like a lot of these questions, they have his answer already typed out for him, and he is reading most of it off of the prompter, too, right? 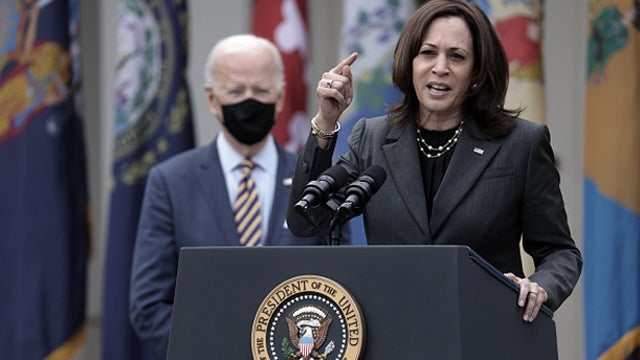 BUCK: Whether it’s Biden or any other politician, if you don’t get them off script — if they’re just gonna try to filibuster by reading talking points — you’re never going to find out anything. Just remember. That should be a general principle here. You’ll never learn anything. And, Clay, I just want to know, do you feel better if Kamala Harris is commander-in-chief next week, theatrically?

CLAY: Yeah. It’s such a great question ’cause I spent a lot of time thinking. I feel like Kamala Harris is more mentally there (laughs), but I think she’s going to make worse decisions even than Joe Biden.

BUCK: Let’s throw it to the audience. Kamala or Joe? You have to pick. You have no choice. I’m curious what they’d say.

BUCK: David in Davis County, Utah, what have you got?

CALLER: We’re gonna have to keep Joe until after this Afghan disaster is done. If we don’t, the Taliban and ISISK will gain the ultimate cache: “We removed an American president,” and I think we it would things even worse.

CLAY: It’s an interesting argument, I think, Buck. My thoughts on this would be that we’re not removing Biden because of what happened in Afghanistan. We’re removing him overall for the incompetence at the border, for inflation surging, for the murder rates hitting all-time high. In other words, all of these adding together are what demonstrates Biden’s incompetence. This is just the latest example of that — and, by the way, even before the terror attack, Afghanistan was incompetent. It was just, unfortunately, that additional disaster.

BUCK: Yeah. Thank you, David, though. Interesting point of view on that. I think he’s right. I mean, that would definitely play into… Look, the only way Biden goes is if he resigns, right? There’s no mechanism, there’s no universe in which the Democrats… By the way, I don’t care. You could find Joe Biden on video doing anything. Doesn’t matter. Democrats are not gonna impeach their guy. So he would have to step down, Clay. He’s not gonna do it. But if he did do it, there is that component of where the Taliban would say, “We even brought an American presidency to its knees,” which they’re kind of doing anyway.

CLAY: Well, I think also the other angle is, I’m not sure Democrats want Kamala in office, right? 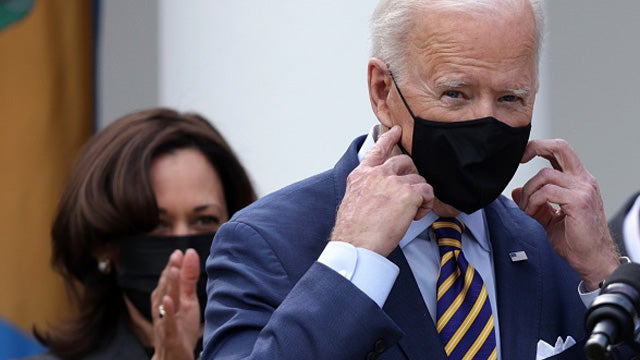 CLAY: Because she’s so much less popular than Biden. That was the big theory coming into the election was that if Biden won, he would resign and he would allow Kamala to run as the incumbent in 2024, and I think there was a fear that she would be a stronger incumbent certainly than he would. Because let’s be honest. I would put the chances that Joe Biden is able to run in 2024 at zero right now.

CLAY: I don’t see any way based on his press conferences availability and the decline I think we’re seeing on a week to week and month-to-month basis in his mental and physical faculties, I don’t think there’s any way. And, Buck, look., this is the sad thing about using the campaign from the basement. I think that there’s no way Joe Biden wins if he has to go on the road and campaign —

CLAY: — because I think his frailty would have been so much more noticeable.

BUCK: He was unique to the situation of lockdown year and covid, a guy everyone knew, and say, “Oh, it will all be normal. He’s good old Joe,” and he hid in the basement. But this is a little bit like in Ghostbusters where they say, “Choose the form of the Destructor;” then you get the Stay-Puft Marshmallow Man.

BUCK: Well, we choose the form of the Destructor in either Joe Biden or Kamala Harris here. Dale in Northampton says he’s rather have… Well, Dale, you tell us. Fire away, Bud.

CALLER: I say Kamala can’t do anything worse than this guy has done. He’s proven to be a total failure. She might laugh a lot, but I don’t think she’d laugh about American citizens dying or the Afghans dying.

BUCK: Dale’s going a vote for Kamala. Let’s see. We got Lonnie in Beaumont, Texas. Lonnie, who you got?

CALLER: Well, I hate to say this, but Hillary Clinton!

CLAY: This is an interesting question. If we made people vote, I actually think Hillary is wildly more of a effective leader than either Joe Biden or Kamala Harris would be. Right? If you had to pick one of those three. You can toss in Nancy Pelosi as well.

BUCK: I can’t believe this.

CLAY: You agree with me, right?

BUCK: Wow. This is really rough. This is rough, man.

CLAY: — if you had to pick somebody to respond to this?

BUCK: This is like do I want to cut off my toe or my finger, Clay?

BUCK: But, Will, in Agora Hills, California. Will, what do you got?

CALLER: Well, I’ll tell you, I think that as badly as Biden needs to go, they’re not going to replace him because Kamala Harris is just as bad as he is. But if Biden gets taken out, it will validate everything that was said about him and against him during the election process — his feebleness, his inability to make good decisions — and I think that it will be a huge blow against them, even bigger in the election process coming up in 2022.

CLAY: We talked about this, Buck. You asked the question if you had to pick between Joe Biden and Kamala Harris. You asked me this question, and I threw it out on Twitter. Over 20,000 of you voted in the first hour. “If you had to pick right now Biden or Kamala Harris, who would you want to be president?” ‘Cause a lot of people are demanding Joe Biden resign in the wake of the Afghanistan ridiculousness. Seventy-four percent of people in the poll here voted Biden; 26% Kamala.

BUCK: I mean, Kamala is deeply unpopular, Clay, in a way that’s a fascinating political study, because she’s even… It’s one thing when there’s someone who’s very polarizing, right?

CLAY: And that she is, I think, gonna have to be the nominee in 2024 because it will be racist and sexist of the Democratic Party if they don’t take her, ’cause I don’t think there’s any way Biden can Weekend at Bernie’s 2 his way across the finish line again. There’s no way they’re gonna be able to drag him. They’re gonna have to take Kamala or else it’s gonna be racist and sexist by the Democrats’ own standards.

BUCK: Well, I was gonna say, I think Biden has to run again. Clay, I’m with you in the deterioration and the absurdity. I don’t think that they care. But are we on for this?

BUCK: We got some time to figure it out.

CLAY: An 82-year-old… I’m not sure Biden finishes his term, but I certainly don’t think they can drag him across the finish line at 82.