Prior to co-hosting “The Clay Travis & Buck Sexton Show,” Clay hosted FOX Sports Radio’s industry-leading weekday morning-drive program, Outkick the Coverage with Clay Travis, which launched in 2016 and was broadcast on more than 350 stations nationwide. 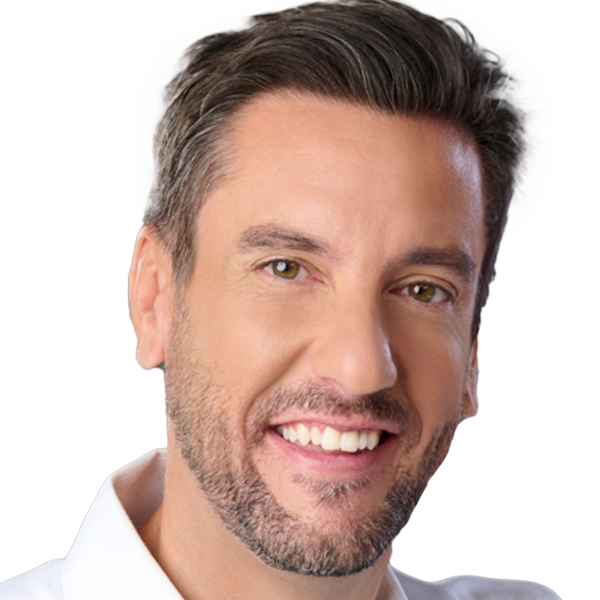 In 2019, Clay launched Wins & Losses with Clay Travis on the iHeartPodcast Network. The program features candid, in-depth conversations with the biggest names in sports, entertainment, business and beyond, who discuss their inspiring journeys to success, including their wins and losses along the way.
The founder of the wildly popular OutKick.com also hosts the top-ranking Outkick the Show webcast, which is streamed live on Facebook, and is then turned into an audio-only podcast. Millions of fans consistently watch/listen to Outkick the Show, making it one of the most-watched and longest-running daily sports shows on both platforms.
Additionally, Clay co-hosts FS1’s first-ever, daily gambling TV show Lock It In alongside Rachel Bonnetta, “Cousin Sal” Iacono, and Todd Fuhrman.
In July of 2007, he  published his first book, Dixieland Delight, a critically-acclaimed chronicle of his 2006 tour of all 12 Southeastern Conference football stadiums and his entertaining fan experiences at every stop. The Nashville native and former lawyer previously wrote columns for CBSSports.com for four years before joining Deadspin as an editor in 2008.
During fall of that year, Clay began his second book, On Rocky Top: A Front-Row Seat to the End of an Era, an all-access tell-all documenting the University of Tennessee football program over the course of its season. His third book, Republicans Buy Sneakers Too: How the Left is Ruining Sports with Politics, was released by HarperCollins in September, 2018.
After spending 2009-2011 as a columnist for AOL FanHouse, Clay launched Outkick the Coverage, then an SEC-centric news and opinion blog, in July, 2011. Gaining strong traction through the world of social media, OutKick.com became an internet phenomenon, attracting an average of two million unique visitors each month. He also co-hosted the top-rated 3HL on 104.5 The Zone in Nashville for five years.
A graduate of George Washington University as well as Vanderbilt Law School, Clay is married with three children, and lives in Nashville, Tennessee.

In addition to co-hosting “The Clay Travis & Buck Sexton Show,” Buck hosts “Hold the Line” from 7 to 8 p.m. ET on The First, a digital-first TV network available on more than 14 platforms, including Pluto TV, STIRR, Roku, Fire TV, and others. He  also appears frequently on Fox News Channel and other outlets as a political commentator and national security analyst. 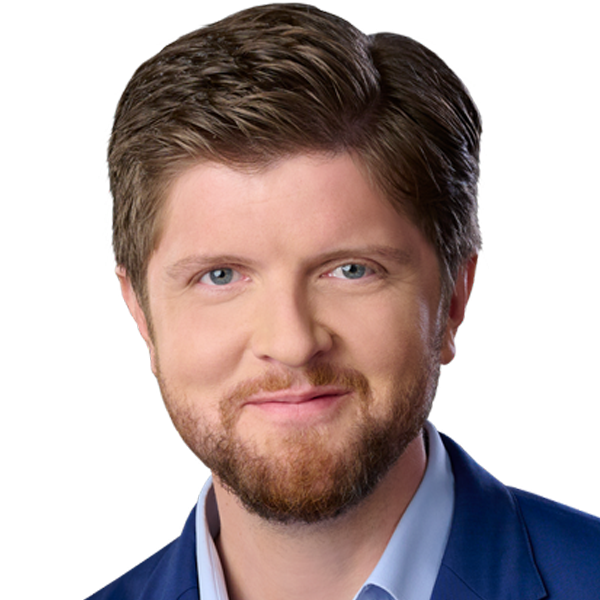 Buck previously hosted “The Buck Sexton Show,” a three-hour weekday talk radio program syndicated by Premiere Networks on more than 200 stations nationwide, in addition to iHeartRadio. He also hosted a live weekday program on iHeartRadio’s 710 WOR in New York from February 2020 through June 2021.  Throughout his radio career, he served as a guest host for “The Rush Limbaugh Show,” “The Sean Hannity Show” and “The Glenn Beck Program.”

Prior to joining Premiere Networks in February, 2017, Buck was a political commentator for CNN. During that time, he also served as national security editor for TheBlaze.com and hosted “The Buck Sexton Show” on TheBlazeTV and TheBlazeRadio.
A former CIA officer in the Counterterrorism Center (CTC) and the Office of Iraq Analysis, Buck completed tours of duty as an intelligence officer in Iraq and Afghanistan, as well as other hotspots around the globe.  He led intelligence briefings for senior U.S. officials, including President George W. Bush and Vice President Dick Cheney. Buck also served in the New York Police Department (NYPD) Intelligence Division working on counterterrorism and counter-radicalization issues.
In April of 2012, Buck published his first book, Occupy: American Spring: The Making of a Revolution. In the book, he goes behind-the-scenes at Occupy Wall Street and uncovers the radical goals of the not-so-ragtag movement. In 2019, he authored The Socialism Survival Guide, indicating the trends going on in many major cities where Democratic City Halls have changed the course of their communities and how to cope in such environments.
Additionally, Buck writes for American Consequences and the Independent Chronicle, two digital publications that cover news and politics.
He also co-hosts “What Do You Really Think?” with Marc Lamont Hill, a weekly program on Quake Media that explores two different perspectives on the issues of the day.
A native of New York City, he holds a B.A. in Political Science from Amherst College.
Show