After Boycott, Baseball Back with Braves in Atlanta

BUCK: Tell us about what you’re excited about with the Atlanta baseball situation that you were trying to explain to me. You were using all these acronyms.

CLAY: Yeah, you had no idea what I was talking about.

BUCK: The acronyms the MLS, CST, all this stuff that you’re talking about. What are these acronyms for baseball?

BUCK: We talked about it on the show, the baseball, the All-Star Game got moved.

CLAY: Yeah, this was before we even started in June, but it became such a big story that it was like the number-one story in all of America. They pulled the All-Star Game out of Atlanta over the Georgia voting bill. People in Atlanta and people in Georgia as a whole — Democrats, Republicans — independents were furious. So, now that was Rob Manfred, the commissioner of Major League Baseball’s decision.

The Atlanta Braves are going to be hosting the National League championship series whoever wins between the Braves and the Dodgers will play in the World Series. So, Rob Manfred said, “Hey, Atlanta, you can’t host the Major League Baseball All-Star Game because of the Georgia voting bill,” and now one-upping him in a significant way:

The Braves are gonna be hosting up to four NLCS games and potentially also hosting the World Series if they were to beat the Dodgers. And my question is, first of all, I love it ’cause it’s revenge for the Braves. They’re gonna get to host games that matter way more than the All-Star Game.

But is Rob Manfred going to show up, because he said it was unacceptable for the decision that the state of Georgia made — and, by the way, notice that whole voting push has disappeared, Buck? It’s not even a story now. Maybe it will resurface in 2022.

CLAY: ‘Cause Democrats will want to claim it’s racist.

BUCK: Any restriction whatsoever on voting that is meant to try to prevent voter fraud — by Democrat talking point, by writ of the apparatus of the Democrat Party — is inherently racist. I would also point out that if you look right now at what’s going on with another issue where it’s very situational and people get upset, there’s some redistricting happening in Illinois.

The 17 congressional districts of Illinois are being redrawn by state Democrats. So that will be 14 Democrat, three Republican when all is said and done. They’re gonna do this also in New York, in Maryland, in California. But Republicans don’t seem like they’re ready to reciprocate in Indiana, Texas, Kentucky. So when we do any redistricting —

BUCK: — it’s racist. That’s what they say. When Democrats do redistricting — specifically and purely for the maximum congressional Democrat seat tally they can get — that’s, of course, the beautiful democracy that we have working as is fit. And this is the problem, Clay. We don’t seem to have standards that are applied across our political system largely because we have a media that’s 90% Democrat or 95%.

In the case of the Major League Baseball game being moved, he moved it to Colorado which has plenty of laws in place that — according to the standards they were holding Georgia to — Colorado has highly restrictive, racist laws. And it is a purplish state, too; so it matters.

CLAY: Yeah, well, not only that, Major League Baseball is based in New York, and the restrictions on what is allowed and permissible to do from a voting perspective in New York are more stringent in many ways than what goes on in Georgia. Joe Biden’s own home state of Delaware, that he’s represented since 1840, it feels like, in the Senate?

They have far more restrictive voting bills and he’s never said anything at all about the state of Delaware being unfair. So all of this was a trumped-up nonissue. And it’s disappointing that Major League Baseball ever acquiesced to it in any manner. But as a result now this is going to be really fascinating to see whether Rob Manfred shows up.

I hope they put him on the JumboTron and he gets booed the likes of which you’ve never seen before because there was an overwhelming rejected and repudiated idea by everyone regardless of political persuasion inside of Georgia. You know it’s unpopular, Buck, because even Stacey Abrams when it happened tried to come out and say (summary), “Hey, you know what?

CLAY: That’s what they’re called, by the way. 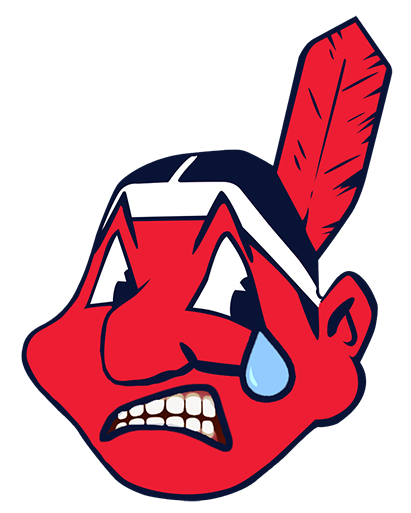 BUCK: To the Washington Football Team is out there. I wonder how long the Atlanta Braves will be able to continue with their name. Remember the thing about activist left.

BUCK: Whatever equality or whatever social justice they think they have achieved is just a step toward more, right, because it’s actually a machine for the accumulation of power — and ultimately takes us in a direction of communism, but that’s a whole other conversation. I wonder how long they can keep the name the Atlanta Braves. Have to say.

CLAY: And they’re on the chopping block proverbially. And, by the way, they took away — for people out there who remember, for years and years the Atlanta Braves they would play — the tomahawk chop. That was one of the signature ways that you would celebrate in Atlanta. Fans are still doing it, but it has to be fan initiated now they decided that that was inappropriate.

By the way, it’s not just the Atlanta Braves because they took away the Cleveland Indian moniker now, the Kansas City Chiefs. This thing never ends. To your point, it is the tip of the progressive spear. If you ever acknowledge things are okay, they have no reason to exist, and so they have to perpetually be offended by something new.