BUCK: Some of the media outlets that are the most insistent on being the arbiters of truth and the people that have platforms that you can trust, when you really break it down, you find out that they’re a bunch of liars, and they lie about a whole lot of things. In fact, they aggressively adhere to certain points of propaganda that are obviously and demonstrably false.

CLAY: (laughing) Sane would be one way to describe her.

BUCK: But in looking at her politics, here she is on Brian Stelter’s show with a tour de force sound bite.

STELTER: You write, “There are tens of millions of Americans who aren’t on the hard left or the hard right who feel the world has gone mad.” So in what ways has the world gone mad?

WEISS: Well, you know, when you have the chief reporter on the beat of covid for the New York Times talking about how questioning or pursuing the question of the lab leak is racist, the world has gone mad. When you’re not able to say out loud and in public that there are differences between men and women, the world has gone mad.

CLAY: What I’m so excited about is hearing other sane, rational people joining our party of the sane on a day-to-day basis, Buck. And I do believe that there is a massive and colossal pushback coming against what I would call the woke ideology, the revolution that has overtaken much of the media, much of our corporate sphere.

Later Bari Weiss points out that many people would not feel comfortable in a public setting saying all of that, and it’s why every single morning when I wake up, I am thankful that I get to say exactly what I think. And I can understand a lot of you out there sometimes are gonna agree with me or you’re gonna agree with Buck or you’re not gonna a hundred percent be in our camp on any particular argument.

That’s okay. That’s healthy. What’s unhealthy is what is going on for so many people — and I think it’s a substantial majority of our country. What percentage of people, Buck, do you think are terrified to say what they actually think, regardless of politics, on social media, on a day-to-day basis, on Instagram, Twitter?

BUCK: I think it’s 80 or 90, because even people that are woke are scared out of their minds that they’re gonna be not woke enough.

And that’s why I really, a lot of times, don’t enjoy when things become bogged down — even though sometimes I understand how necessary it is — on political identifications. I really do think about the world on a day-to-day basis in terms of sane ideas and insane ideas. My goal is for sane ideas to win. Now, a lot of those insane ideas are connected most frequently with the far-left wing of the Democratic Party.

Defund the police, open borders, the fact that inflation doesn’t exist is a real threat, Modern Monetary Theory, bowing and acquiescing to China, all of those things are fundamental failures of the Democratic Party, but they’re also fundamental of sanity. And what Bari Weiss was just laying out on CNN is what I think CNN is taking so many body blows for right now, Buck, which is the last week we were talking about the horse deworming.

I think that is the most significant attack on CNN that has really landed in a long way because it expands beyond, “Hey, there’s this right-wing Republican audience that recognizes the lie CNN is telling,” and it starts to spread into that middle part of the country, right, the reasonable middle part.

BUCK: Yeah. Until CNN reckons with the fact and really honestly begs the forgiveness of the American people for the fact that they were among the chief propagators of the four-year Russia collusion lie… We got Christopher Steele making a comeback apparently now saying that he thinks the special shower tape is possibly real!

This guy is so reckless and ruthless, right, Christopher Steele, the author of the Steele dossier. But until CNN comes to grips with the fact that they were part of a massive lie to bring down a presidency, they shouldn’t be taken as honest brokers really talking about anything. It’s a dishonest network.

And you can see this, and now we have Brian Stelter in response, Clay, to statements… People often use the term “Orwellian.” When you’re saying things like “silence equals violence,” that’s actually out of an Orwell book, right? Like when you’re saying things like the phrase itself is demonstrably false, you’ve gone full 1984. And here is Stelter’s response to stuff like that.

WEISS: Dozens of examples that I could share with you and your viewers —

STELTER: (interrupting throughout) And you often say… You say “allowed.”

WEISS: Everyone sort of knows this, and —

STELTER: You say, “We’re not allowed. We’re not able.”

WEISS: It’s the chasm between —

STELTER: Who is the people stopping the conversation? Who are they!

WEISS: Um, people that work at networks (laughing), frankly, like the one I’m speaking on right now who try and claim that, you know, it was racist to investigate the lab leak theory.

STELTER: Who said that at CNN?

STELTER: I’m just saying when you say “allowed,” I just think it’s a provocative thing to say. You say — you say, “We’re not allowed to talk about these things,” but they’re all over the internet.

STELTER: I can Google them!

STELTER: I can find them everywhere. I have… I’ve heard them on every story you mention.

STELTER: Of course people are allowed to cover whatever they want to cover! 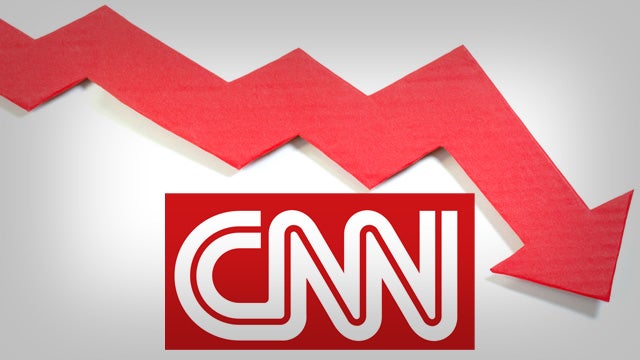 CLAY: I’ll just say that Brian Stelter that’s not true. CNN banned me. I can directly speak to what is allowed or not allowed to be said. CNN banned me from appearing on their television network for going on and saying that the only two — and you may hear this and be like, “Oh, I think it’s awesome!” You may hear this and think, “Clay Travis is such a juvenile, sophomoric loser,” and some of those things can both be true.

But I said the only two things that have never let me down in this country are the First Amendment and boobs. Right? And if you haven’t seen that clip or heard it, CNN’s Brooke Baldwin, lost her mind and demanded that I apologize — for what is clearly an illustration of the First Amendment, by the way, way in a vein that makes people sometimes have to take note of it.

And, by the way, I would say, a couple of weeks later Hugh Hefner died, and he’s maybe the foremost proponent of the concept of the First Amendment and boobs, and CNN treated him as a hero. But they banned me, Buck. I was not allowed for year.

BUCK: For what they considered a decorum and perhaps a wokeness/misogyny violation or something.

CLAY: Correct. That is a clear example of somebody being banned, not allowed to speak.

BUCK: Yeah, of course. But this is the point that when you have someone like Brian Stelter, who it is truly a fascinating mystery that this man has a television show.

BUCK: But that’s another discussion. When you have someone like that, this is the game they always play. What happens when parents find out about CRT? Oh, the whole media apparatus tries to do the, “There’s no CRT! CRT’s not being taught in schools. What is CRT?” They play all these semantic games, and here you have a version of it.

CLAY: And then the Department of Justice, Buck, labels them potentially domestic terrorists!

BUCK: And here you have a version of the same game with someone like Brian Stelter who’s confronted. The week after Deworming Gate, if you will, you got Stelter saying (impression), “Who’s stopping you? Who’s preventing you from…?” We all know, okay? We all know that you say these things and you get attacked. You get people on social media calling you a racist saying you should be fired, going after your sponsors.

We all know this is the reality. But when they’re cornered and they have to face the truth, what do liars like the people at CNN and the New York Times and others do? They lie more. They find a way to evade accountability, which is what he was trying to do there and not very effectively.

CLAY: Yeah, I would just point out, too, on behalf of Stelter there, it’s amazing how often people say that everything is allowed, when — on their own network — people don’t feel like they can say anything that contravenes the existing narrative.