BUCK: You have the additional revelation of Pete Buttigieg, who is the secretary of transportation.

BUCK: Everyone’s seen now pretty much the container ships stacked up a hundred, 200 deep off of some of the major ports, off the West Coast in California, and there are shortages, and there are supply chain issues, which is hurting businesses, hurting productivity, driving up prices. All of this is bad.

Pete Buttigieg has been on paternity leave as the cabinet level secretary of transportation since the middle of August, and we are just finding that out now. I’m just gonna say, if we had planes that were, you know, dropping out of the sky and the head of the FAA had been on paternity leave the last couple of months, people would want to know what the heck was going on, and in they’re trying to say, “Oh, it’s because it’s Pete Buttigieg.” Bull. Bull crap! It’s because he should be doing his job.

CLAY: Yeah. Look, I’ve got three kids, okay? I didn’t take a single day of paternity leave. Maybe some of you out there are like, “You are the worst human ever. How dare you! How dare you have gone back to work the day after your wife had a baby!” Some of you out there may consider me to be a Neanderthal. The idea that if you have a job this significant…

Let’s take it out of Pete Buttigieg since everybody’s like, “Oh, the only…” What will immediately happen, Buck, is there will be a headline: “Clay Travis and Buck Sexton criticize gay cabinet secretary for taking paternity leave,” right? I’m writing that headline for you already.

So let’s take it away from him. Let’s pretend that Mayor Pete was instead President Pete. Are we arguing that the president of the United States, if he or she had a baby, that they would get months of not doing their job because of paternity or maternity leave? Now, maternity leave, there can be physical recovery. That’s obviously a lot more significant.

And, by the way, I think women deserve every moment they get of maternity leave. Having a baby is an overwhelming experience. But the idea that you should take off months for…? The whole process to me is crazy — and that we wouldn’t even know that this was going on? 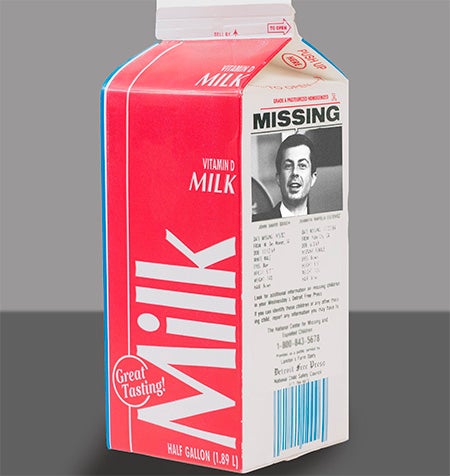 BUCK: Does his role…? It’s a cabinet level position in the United States federal government. Does the role matter? Does it matter who does it? Does the person even have to show up? By the way, I would argue that a lot of federal government positions — as somebody who used to work in the federal government — you could eliminate and get rid of a percentage of them.

BUCK: And in this one, in this case, it’s a cabinet-level secretary. So you have to ask, “If he doesn’t have to show up, who does” right? If it doesn’t matter if he does the job, why do we have anybody showing up to do the job? I guess they could all be remote and on leave at the transportation administration.

CLAY: If you cannot show up to work for two months, you don’t have an actual job. Let me just say that, all right? Because, first of all, when you don’t show up for two months, if there’s actual responsibilities at your job, other people have to lift up their amount of work to cover for you not being there.

If you don’t show up for two months and it doesn’t matter, your job doesn’t matter. So all of this is crazy to me, particularly because we are dealing with a crisis. A lot of times, Buck, I think you would say the transportation second doesn’t really matter, but this might be the time where being transportation secretary matters than it ever has before.

BUCK: That’s what I meant by the FAA the planes, right? Sure. The secretary of education, we could say, “Oh, Buck, if they weren’t there for a couple of months…” Well, if there were massive protests going on at schools all across the country and they were calling in federal troops or some crazy thing had happened… In the world of transportation — in that milieu, if you will — what’s happening at our ports is like DEFCON 2. This is a big deal, and the secretary of transportation is on paternity leave for a couple of months.

CLAY: If we went back in time and Eisenhower were having a baby and he’s planning D-Day, would he say, “Hey, I understand we got the big invasion going on, but I gotta tell you guys, Mamie just had a baby, and you’re expecting me to plan the invasion and to lead D-Day when I’ve got a two-day old baby? Sorry. I gotta go back to the states and spend two months on paternity leave to make sure this baby is okay.”

At some point if you have a significant enough job, you have to show up and do your job. Right now. Usually, this is the kind of job where you just stash somebody on the side and you’re like, “Hey, the railroads are fine, the ships are fine, Tickle Me Elmo is gonna be on the shelves — and, by the way, we’re not gonna run out of every product on the planet.” And then we find out that this guy’s been gone for a couple months? It’s not a good look.

BUCK: That’s pretty much the way you could describe, I think. All high-level decision-making of the Biden administration circa the last —

BUCK: No, there’s no one. There’s no one who has shown even a modicum of competency at this point.