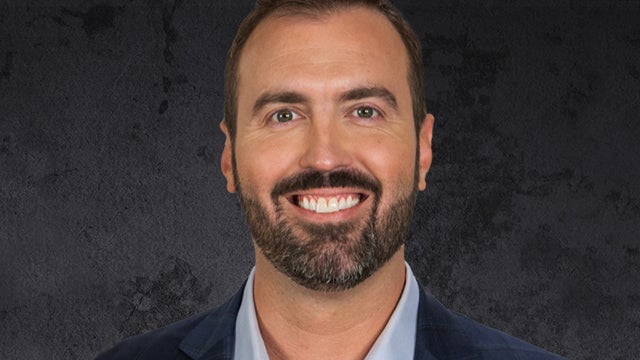 BUCK: Clay and I are both gonna be double masked with goggles on —

BUCK: — outside all weekend ’cause we take the virus seriously, but we also take our friend Jesse Kelly seriously. He’s our buddy. He just announced his nationally syndicated radio show, The Jesse Kelly Show, 6 to 9 eastern on over 200 stations. Is that right, Jesse? Great to have you on.

JESSE: That is right, over 200 stations. Now you’ll get to hear me talk about myself for three hours every night. They are so blessed.

BUCK: Well, you know, you’re definitely the tallest radio host, and if we listen to you —

BUCK: — if we take your word for it — the handsomest.

BUCK: But we want to throw some news of the day at you, Jesse. Clay and I have been wondering about this one. Right now, it seems that if you smoke marijuana and you’re a true Olympian, a great top-level sprinter.

BUCK: There’s a woman who is a sprinter who is not gonna be able to compete. She’s on a 30-day suspension because she smoked weed, she says, a month ago, and she can’t compete in the Olympics, but if you are a — I don’t know — a trans —

BUCK: A New Zealand male weightlifter who has now transitioned to a transgender female with 5X or more the testosterone of women you’re competing against, that’s fine. Explain this to us, Jesse.

Just trying to be clear on the new rules here: So the female Olympic athletes are allowed to have a penis but not allowed to smoke weed? Do I have that right? https://t.co/vQAoqyVKIn

JESSE: Oh, it’s easy to explain. The entire rule’s upside down. That’s how you explain it now. None of the rules make any sense anymore. Like somebody cares that a sprinter was smoking the devil’s lettuce a month ago? What does that matter? She was gonna kick everyone’s rear end at the Olympics, which is probably why they actually suspended her.

There’s no way to make sense of any rules anymore, not American rules, not Olympic rules, not international rules. Nothing makes sense because all the people at the top are a bunch of corrupt losers who have never had to live in the real world once in their life.

CLAY: There’s no doubt about that. By the way, for people who haven’t heard, this is a real issue. An American sprinter named Sha’Carri Richardson is potentially gonna be banned from the Olympics because she smoked weed. And, simultaneously, we are going to allow a New Zealand weightlifter — who transitioned to becoming a woman at the age of 35 — to lift against all the other women. So, you are okay with your body being pumped through, filled with all sort of different treatments to change your gender. But, if you decide to smoke weed, you aren’t able compete. I mean, this is insanity.

JESSE: Well, it is insanity. You know the crazy thing about it? Just from this segment alone I can already see the articles being written as we’re all talking, we’ll be bigots.

JESSE: If you say that someone who was born a man shouldn’t be lifting weights against a woman — which would be a common-sense thought through the entirety of human history up to about 15 minutes ago. If you have that position, you’re some hateful bigot who wants transgender people to die or something and things like that.

But that’s what’s happened. When I said the world was upside down, that’s what I meant. It’s not crazy to me that there’s a transgender weightlifter because the whole trans thing is a modern fad that everybody wants to do now. It’s crazy to me nobody — no one on the Olympic committee or anyone else — has said, “Uh, actually, no. We’re not going to do that.”

But, hey, look, it’s women’s sports. I guess they’ll go down the toilet even further. It’s not like women’s sports were exactly some boon for TV ratings anyway. But at least you used to have hot ones. Now there’s going to be men who turn themselves into women? That’s really gonna blow up the television set.

BUCK: Jesse, we just want to say again congratulations on your syndication. Your show just started here Monday of this week, 6 to 9 Eastern time, over 200 stations across the country. Given now that you’re going to be speaking from that platform, where I will say, people expect a lot of wisdom to be dispensed because of what has gone on in that time slot in recent years. I’m just saying.

BUCK: What are you telling folks they should be doing, they should be watching and thinking about this Independence Day weekend before we let you go enjoy yours?

JESSE: Well, what you should be doing is — whether it’s allowed or not — go buy all the fireworks you can and safely set them all off while you drink beer with your friends and enjoy your family. That’s one. Two, if you have kids — and I do — sit them in front of Flags of Our Fathers and make them watch that movie. It will be horrific. Your kids will have to cover their eyes.

But I make my kids watch that movie every Memorial Day, Fourth of July, and everything, and I tell them, “Yes, it’s horrible. It’s awful. That’s real stuff, real men went through, and that’s how you earn freedom. It’s not Constitution. It’s not talking. You have to go out and fight for freedom the way those guys do. That’s why you live in a free country.”

CLAY: All right. That’s good. From a pure, just sheer enjoyment… We were just having this discussion. We got people sharing their favorite Fourth of July weekend movies to watch, #ClayAndBuck. What’s the best pure enjoyment? Not that you’re trying to teach a lesson about the larger universe or anything else. In your mind, what’s the best movie that you could watch on July 4th, for pure enjoyment that, to you, has a connection with the Fourth or Americana? 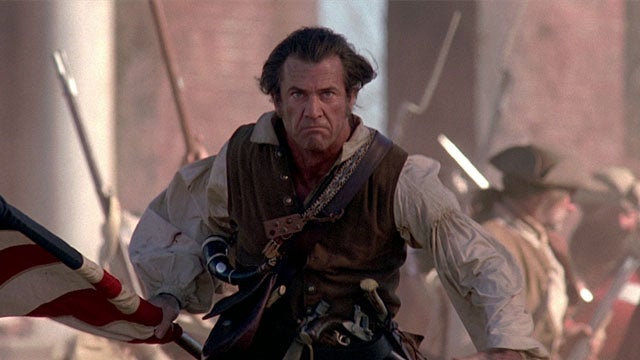 JESSE: Or there’s a series that may take a little longer. John Adams on HBO is so incredibly good and interesting and enjoyable about the founding of this nation and the men who did it. They walk you through the whole process, you become a lot smarter, and, of course, I think it’s Paul Giamatti, (I don’t know how to say his last name). I can watch that all day long. I think I’ve seen the series 10 times.

BUCK: Jesse Kelly, everybody. Listen to him 6 to 9 Eastern time in national syndication. Check out your local listing for what station exactly near you, The Jesse Kelly Show. Jesse, congrats and Happy Fourth of July, my friend.

JESSE: Be good, fellows. Happy fourth. I love to see you two killing it. Keep talking.

CLAY: Hey, excited to see you kill it as well. Nice addition in your old time slot. That’s cool when somebody gets to take over and you know they’re gonna do a good job ’cause you’re handing off the audience that you had to somebody they’re gonna enjoy.

BUCK: It felt like we were just keeping it right in the family.