CLAY: Joined now by Johns Hopkins Dr. Marty Makary, who’s been one of the most sane people in the medical profession. I appreciate all the work that he has done writing so many places, most recently Bari Weiss’ Substack. Dr. Makary, appreciate you joining us, and I just want to start here. We’re talking a lot about the covid vaccine mandate, and I’m curious if you have seen some of the quotes, Doctor, from the Supreme Court justices.

Among other things, you had Justice Sonia Sotomayor claiming that over a hundred thousand kids were in serious condition because of covid. She said Omicron is as dangerous as Delta, and then you had Stephen Breyer, Justice Breyer saying: We gotta have this vaccine mandate in place right now or else every day we don’t have it in place, there’s going to be 750,000 more cases. When you hear factual inaccuracies like those from the people who will decide vaccine mandate cases, what do you think from a medical perspective?

DR. MAKARY: Well, it’s very frustrating, Clay, because they have their facts wrong. What they’re using is skewed data that does not account for the fact that most hospitalizations for covid today are “with covid,” incidentally, not for covid. And yet we’re talking about driving policy. And they’re also still driving policy ignoring natural immunity. The mandate’s got that wrong. They should have been different from people with immunity already.

And with boosters in children, sure, they can point to the FDA and say that they recommend it. But they bypassed their own experts and didn’t convene their expert committee in order to push it through, and that’s an abomination. No one has ever seen a threat to the scientific process like we’ve seen with this the FDA bypassing their expert committee to put something in an authorization.

BUCK: Hey, Dr. Makary, it’s Buck. Thanks for being with us again here. I read your piece on Bari Weiss’ Substack, “Universities’ Covid Policies Defy Science and Reason.” I just wanted to quote from it and have you explain a little bit more about this. “At Georgetown University, fully vaccinated students are randomly tested for covid every week using a PCR test which can detect tiny amounts of dead virus.

“Asymptomatic students who test positive are ordered to a room in a designated building where they spend 10 days in confinement. Food is dropped off once a day at the door.” Dr. Makary, this is insane. I don’t know what else to say other than — and you go into more details about more of these schools and what they’re doing. At Yale, they say you’re not allowed to go eat sitting outdoors, even, at a restaurant — and these are all vaccinated students. What the heck is going on, sir? How is this possible?

DR. MAKARY: Well, they have been silenced, and now they’re not standing for it anymore, but they’re actually rising up now. Students, parents, alumni, donors. If you donate to your school, you better let them know how you feel about this because this is nothing short of martial law for the purpose of transiently delaying mild infections in students who are already immune. They’re all immune and at low risk, and at Cornell, they’re wearing masks outdoors and at Georgetown, as you say, they’re putting them in solitary confinement for 10 days! I confirm they’re still doing 10 days after the CDC went to five days. This is nothing short of an abuse of power by adults against a defenseless population.

BUCK: Can I just ask, are more doctors…? I’ve gotta say, I’ve been pretty disappointed that we’re this deep into it and there are so few MDs. It is not possible — and I would defy any doctor, anyone who’s listening to this across the country, to come on this show and debate with us and explain how some of these things make sense, right? How the Georgetown policy is workable, why random PCR testing is intelligent.

But you’re one of the few, Dr. Makary, who speaks out on this just on the perspective of sanity and reason, not even from a political perspective. Are there other doctors who are gonna step up? I’m starting to feel like MDs, what do they think their role is here? Because obviously Fauci is wrong on a whole lot of stuff.

DR. MAKARY: So a lot of doctors reach out to me privately and say, “Keep going, keep speaking up. I can’t because I’m being bullied or threatened by my hospital or my colleagues.” We see a tribalism in medicine like we’ve never seen before. And remember, for a lot of doctors and academics in the universities: The currency of academic promotion is NIH funding. 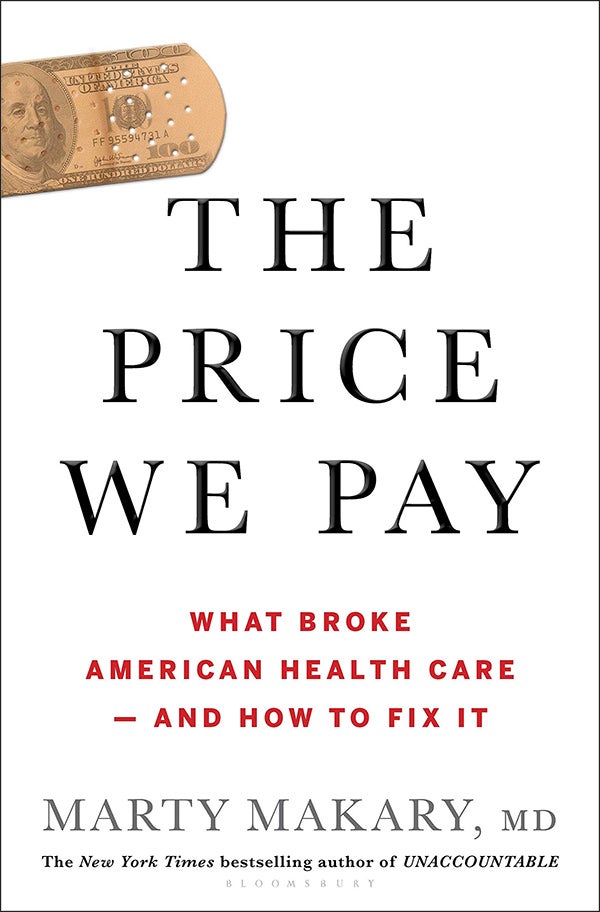 If you’re gonna challenge the people who hold the keys to the kingdom and threaten and risk your entire career, that’s what’s at stake here. So a lot of doctors agree with the stuff we’re putting out there. But it’s tough to them to speak out. It’s tough for me to compete with Dr. Fauci. He’s on every media outlet that has an FCC license.

CLAY: (laughing) Except us, by the way, Doctor. He won’t… We’ve extended many different offers. We’ve read the emails that we’ve written, the responses that we got. One time we got somewhat of a positive response, I think? And then we thought, “Oh, wow.”

BUCK: Pro forma. It was like a pro forma response, right?

CLAY: Yeah, somebody hadn’t gotten the memo yet that there was no way they were gonna do it and it was like somewhat not awful and within like an hour it was like, “No, no, no. There’s no chance of this happening,” basically. Doc, I’m curious. Thank you so much for speaking out as you have for a long time. What would you say for everybody out there listening as we go into it is weekend, is the latest data on Omicron in particular as it relates to Delta?

What we have learned about it and what people out there, particularly parents, as many schools are now trying to shut down again, including Chicago — the nation’s, I believe, third largest school district out there. The kids are still not in school because teachers won’t go. What is the latest data that you would want them to know and for people to know as they go into their weekend?

DR. MAKARY: Well, we are in the midst of a bad cold season. If you think about a common cold virus that’s going around us that will infect about half of everybody you know with some degree of symptoms — either very mild or, you know, maybe they’ll get a bad cold. But there is a cold going around. I call it the Omicold, because now we have laboratory data that it’s not affecting the deep respiratory system. It’s staying in the lower respiratory system.

We have epidemiological data that it’s not driving hospitalizations. We see massive surges in parts of the world with no real change in death rates. By the way, we normally see a surge in respiratory pathogens in the winter. That’s normal. But we’re just not seeing it translate into this sort of severe illness. The good news is it’s replacing Delta. That’s good! Now, I don’t want anybody to get sick ever. But Omicron is good news. It is nature’s vaccine for those who will never have access to a vaccine. It’s displacing a far more dangerous variant, and it gives cross-immunity to that more dangerous variant.

BUCK: Dr. Makary of Johns Hopkins University is with us right now. Doc, it seems like the reality of the Biden administration policy is that they’re not even going to acknowledge that the vaccination mandates as meant to stop the spread — separate from protection from individual serious illness from covid, right, hospitalization and death and we always stipulate that. But as a means of stopping the spread, isn’t it a failure? We have all-time high cases with 200 million people vaccinated.

DR. MAKARY: What’s interesting is there’s some data showing that those with natural immunity, including those unvaccinated with natural immunity, spread it less. There’s less transmission. There’s some good evidence now. Look, I don’t want people to run out there and just get the infection. But we’ve got a lot of good information that tells us this is burning through the population, it’s everywhere, it’s almost impossible to avoid it. Cloth masks are gonna do nothing except impair the developmental issues in a child.

And we don’t have a “pandemic of the unvaccinated.” Right now, we have a common cold of everybody, and the Delta that’s left out there is shrinking quickly as Omicron displaces it. If you don’t have immunity and you’re older and you’re at risk, sure, you could say get Delta now and show up at a hospital. But, by and large, what we have is an at-large common cold that people just need to be aware of.

CLAY: Dr. Makary, we appreciate all the work that you are doing. We’ll share your Twitter handle and people can follow you there for the latest info. We look forward to talking to you again sometime soon.

DR. MAKARY: Good to be with you guys. Thanks.