Fauci’s Latest Flip-Flop: 3-Shot Regimen Is All You Need!

BUCK: I gotta say, Fauci is out there, and I’m in Florida right now, and it’s a little bit more, shall we say, “free and open” than New York, which is always a reminder that would be possible. It would be possible to be living a better, freer existence, if it wasn’t for the Fauciism. But he’s already telling you a few things you should be very aware of.

Remember, the Biden administration is pointing at the jobs number right now and saying, “Oh, it’s the fault of covid,” and then they turn around and say, “It’s the unvaccinated that are to blame for this,” as you know, “but only the unvaccinated Trump supporters.” And there’s a lot of questions that I have about this. There are a lot of aspects of the covid politics at work that I don’t think we should just let it go.

For example, why is it that they never want to discuss those who have already had covid and, therefore, have natural antibodies? Are they being reckless? Even if you accept, which I do not, that it is reckless for people to make their individual health decisions. I think that’s totalitarian actually to force these things upon people. But what about those who have natural immunity?

They just did some serology testing and who wants to guess if what I’ve been telling you for the last two/three months now is correct or not that about 100 million people have had covid in America? Yup! Thirty-seven million, I think, confirmed cases. That say it’s at least — at least — double that. So, give or take, we’re at 80-90 million, probably more like 100 million. But that’s a pretty good estimate of where we are with covid cases.

And that’s based on antibody testing, which, remember, they can’t always detect antibodies. The real number could be much higher. We don’t know. But a lot of people have obviously already gotten covid despite all the masking, (Fauci impression) “the mitigation measures meant to stop the droplets from coming out through your mask. You know, I just… I am science!

“I am not Fauci. I speak for science. I speak in sciencese. I don’t even. I just… I go to bed at night and instead of counting sheep, I am mouthing the periodic table of the elements, because I am science.” Here he is telling everybody that you better get ready for the covid vaccine as a three-dose regimen. Play 12.

FAUCI: And if it is durable, then you’re going to have very likely a three-dose regimen being the routine regimen. But we’ll just have to wait to make sure that that’s the case when the data get presented to the FDA.

BUCK: “The three-dose regimen.” Wait a second. How many months ago were you told, “Get it and you’re done”? I know a lot of you did get the shot — or, shots, generally, unless you got the J&J. But if you didn’t get the shots…? How many of you were told that if you did get it, you were done? Right? That was the story. And then also, you don’t have to mask up indoors anymore. It’s safe. It’s fine. That’s what they told us.

Now it’s three shots. In fact, in Israel, they no longer consider you — and Israel has the most granular data on vaccination. Did it on the exact schedule they set out to do. And that’s how we’ve known that vaccine failure was coming. Now, remember, this is where it’s so important. The language. They’ll trash you. “You’re saying that vaccines don’t do this!” No, no, no.

When we’re talking about vaccine failure. What we’re discussing is the end of the protection that you would get at whatever level it was, which now even Fauci and the left admit is true. Otherwise, you wouldn’t need a third shot. Otherwise, there wouldn’t be a reason for all this. Clearly, the vaccine effectiveness wanes, which is not what they told us — which means they either he didn’t know or they lied.

And it’s tough to know with all the covid madness out there, which is preferable, right? Would you rather the Fauci-ites were just too incompetent to tell you what was true? Or would you rather that they were just lying to your face? Remember, Fauci even admitted — in the earliest days of the creation of this secular religion of covid mitigation — that he lied to you about masks because they thought they were going to run out of the surgical masks.

They’ve also just done the big study out of Bangladesh — hundreds of thousands of people in different villages — and the study showed that cloth masks basically do nothing. Once again. But does anyone care? No. No. Still, you get into an Uber and they’ll tell you to mask up. Actually, I had a Cuban Uber driver this morning. We had a great talk. I was asking… He was in contact. He was texting a family member back in Cuba when I got into the car. 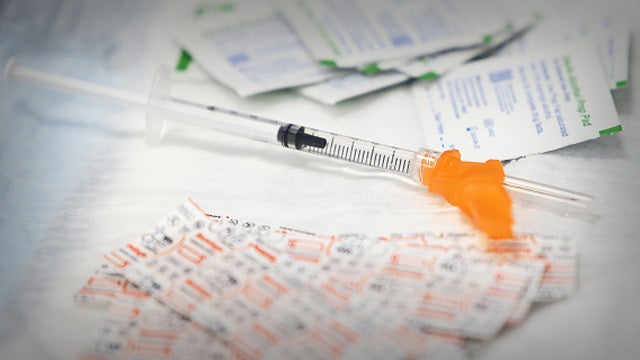 I said, “First of all, how is it going there?” Unfortunately, the situation in Cuba is the repression that we expected is in full effect, and you don’t even really know how many people have been thrown into cells and how many people have their family members threatened. But it was not the end of the communist regime there when there was what felt like an uprising in the streets, weeks ago.

But he also told me something that I think deserved more attention than it gets. He said that someone got into his car and was unmasked, and so he took off his mask and the rider — and this is a part of it. This isn’t just a one-off. This is the mentality of the Fauciite. The rider reported him for not having a mask, because I said to him, “Sir, do you want me to wear masks?” He says, “No, I don’t care. But I’ll wear one.”

I said, “Well, you don’t have to wear one. I don’t care. Give me a break.” He goes, “No, no, no. I feel better. Not because of the virus, but because I don’t want to get in trouble.” I said, “What do you mean you don’t want to get in trouble?” There is a widespread sentiment among the most devoted, Fauci-loving libs that you’ll find — and I’m sure a lot of you see this in your own town, your own city.

Just look for it. The quote-unquote “servant class,” right? The people that are in the service industry. The ones who are doing the job. The people delivering the food. The people who are operating the checkout counters. All these libs are insistent that they will wear masks even when they themselves sometimes will be unmasked. I think there’s something very creepy about that. I think there’s something really unsettling.

Sophisticated, vaccinated crowd, right? Ah. You’re sealing the class divide. The real class divide playing out in a way that makes the libs uncomfortable. Should make them uncomfortable. But only when it’s exposed. They like the way that it is. But when people like me show what’s really going on here, oh, they hate that. Because, oh, they care so much about the working class.

That’s the ultimate pretense of the elite in this country is that they care about those below them economically. That’s the great lie of the Democratic Party. They like to pretend that they care. They don’t actually care. They don’t care at all. And Fauci certainly doesn’t care about any of this. He’s getting ready to tell you for a whole series of new lockdowns, new mandates, all of it.

It’s all coming. It’s all coming, because we refuse to learn the lesson. The lesson is the state cannot protect you from this. The state cannot save you, and all we do is hand over our rights and our freedoms for a false promise of security. (impression) “But, you know, it will maybe mitigate, uh, and the parabola of the cases…” You know, the whole thing from Fauci is just…

I don’t know how anyone can keep listening to this guy. I find Fauci to be… It is an intelligence test to continue do think that this guy is worth listening to, and a lot of people fail. It’s also virtue signaling. It’s a social thing too. “Oh, I listen to the science!” That’s right. The same people who tell you that men can get pregnant — and I’m not exaggerating. You know that. The same Democrats that say, “Men can have babies,” believe that they follow the science, and you don’t.