BUCK: Roma Daravi is here with us now. She fought her way through the madness. She, of course, is the founder of Daravi Strategies. She was the deputy for strategic communications in the Trump White House, Roma, how you doing?

BUCK: We have ice cream questions, we have so many questions. I’ll start with this one. With Trump still in the headlines now, you saw the AG earlier this week, you saw the weeks and weeks of Mar-a-Lago documents, all the hype from the media. What was it like to be in that White House when they were doing this stuff to you guys when you were still actually in the government, right? I mean, Trump is not even in the government anymore, but the lawyers and the subpoenas and all the mess.

DARAVI: Yeah. There’s always that moment of shock whenever the Democrats decide to have another big lie, another big witch hunt. But then we really just brushed it off and got back to work. I mean, Trump is the Energizer Bunny. We’re all constantly trying to keep up with him in the White House.

Your party has let 4.4 million illegals (that we know of) cross the border this year – so far. But please, lecture us on Americans’ health, freedom & security. ***insert eye roll here*** https://t.co/0pGe4IzvWk

He’s always working on something positive for the American people — tax cuts, securing the border, getting more jobs back here from overseas, manufacturing, et cetera. So, you know, it really was a fast-paced environment, and we didn’t stop and let the Democrats distract us.

BUCK: Really quick, I mean, you talked to the big guy himself and also people in Trump world. What’s your certainty that he’s gonna run again?

DARAVI: You know, if you would have asked me that question two years ago, I’d say, I don’t know, he has a lot of options, but I just don’t see — the day that we live in today, where America is today, I don’t see a world that exists where he’s gonna sit back — 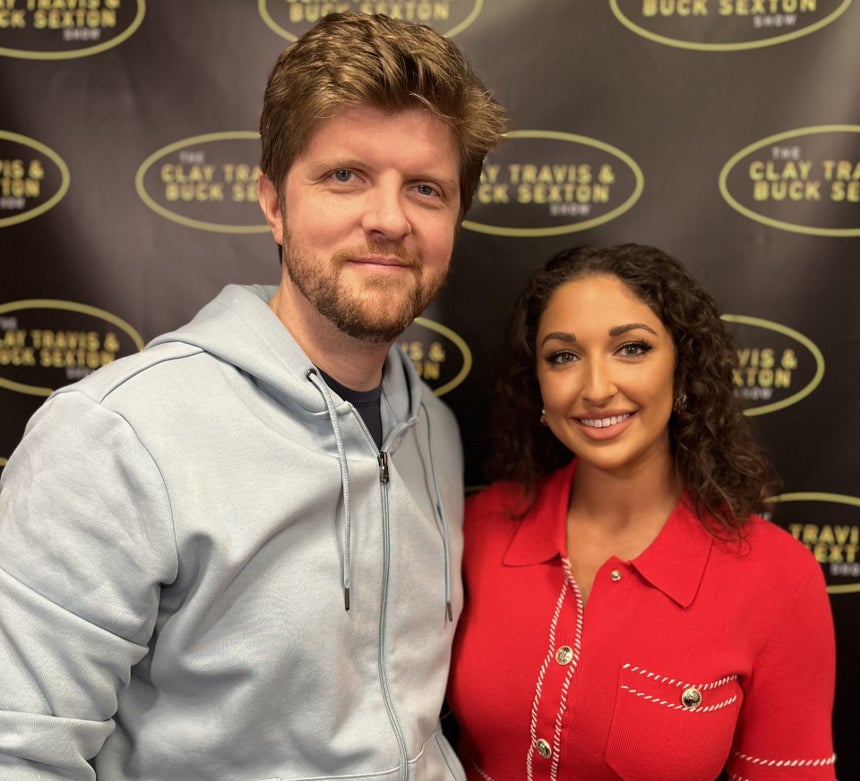 DARAVI: — and let someone else give it a go. Yeah, you know, he’s so passionate about America. He’s not gonna give it up to chance.

CLAY: Roma, Buck and I talk a lot about obviously, where we are as a country right now. And both of us thought that Biden would be a bad president and that he would make a lot of poor choices. I don’t think either of us expected that it would be this bad, I mean, to the point, Roma, where it’s almost impossible to point to anything that Biden has made better since he took over in January of ’21. Did you expect him to be this much of a disaster?

DARAVI: Yeah, we all expected him to be asleep at the wheel, which is exactly what he is. He is fast asleep in the basement somewhere, whether it’s in Delaware, Pennsylvania, or in the White House. Who knows?

But I actually was at an event yesterday talking about conservative trade and investment. And I paused for a moment to think what has Joe Biden done on trade, because Donald Trump did USMCA, he renegotiated NAFTA, I mean, he pulled out of the Paris Agreement, there’s so many things you can point to where he’s making Americans more secure and prosperous.

Joe Biden hasn’t done a single thing. I mean, on the opposite hand he’s literally trying to give money to Iran, of all people, arguably one of our biggest adversaries ever and, you know, that’s coming from a Persian Jew, right? So —

CLAY: Roma, are you…yeah. No, I was gonna say, you mentioned Iran. Are you paying attention to the protests there? Because I think it’s probably one of the things that is receiving far too little amount of attention right now, to see Iranian women rising up against their own government. It feels like our media has mostly downplayed this. Have you been paying a lot of attention to it?

DARAVI: Sure. Of course. So, my father is from Iran. We are a Persian Jewish family. I am half. He came to America to pursue the American dream, has given me and my family a tremendous life. And, you know, it’s really one of those things where I thank God every day that I’m an American citizen, that I have the freedom, that I have the opportunity to work my way up and work at the White House, of all places.

There’s no other country in the world where you can have an immigrant come to a country with absolutely nothing and end up working for the leader of that nation. It just doesn’t exist. There’s tremendous opportunity in America; and so, I really pause on this. What we’re seeing overseas right now, what we’re seeing in Iran. It’s heartbreaking. It’s also very hopeful to see the Iranian people, the Iranian women and men, frankly, that are standing up for their freedom.

BUCK: It’s not often here — and we’re speaking to Roma Daravi. Daravi Strategies is her communications shop. She did strategic communications in the Trump White House. We don’t often give high fives to CNN but Clay and I always say credit where it’s due. And Christiane Amanpour was supposed to sit down with Iran’s president, and he basically stood her up and then had a staffer come out and say the president of Iran will only do the interview with you here in New York City if you put a head scarf on.

To her credit, she said no. And I think that the symbolism there — Clay, I throw her a high five on this one, no doubt about it.

CLAY: Good for her. Roma, I bet you feel even stronger about that. I thought it was an incredibly strong moment for her.

BUCK: We have a few, switching to the far less serious, a few things to throw your way here. First of all, are you a James Bond fan?

Who is the best James Bond?

BUCK: The best James Bond — how do you take your martinis?

DARAVI: Shaken, shaken, not stirred. There we go.

BUCK: Do you have a favorite James Bond actor?

DARAVI: Ooh. I don’t know. But I heard they’re bringing in a new guy, Superman?

DARAVI: Hmm. Okay. My Persian is about to show. It would be a saffron pistachio ice cream.

BUCK: Pistachio, Clay, we did not coordinate —

CLAY: Then, we’ve had two pistachio selections out of three and I feel like I just need to walk out of the studio today —

CLAY: If you want to talk about collusion, this is definitely collusion. We need to have a $400 million investigation into how this happened. Big Pistachio got to Buck and to Roma. This is the best advertisement they’ve had in decades to have both of you come out Big Pistachio —

BUCK: I do believe it is a prime export of Iran, and has been for… right, aren’t pistachio nuts an Iranian export, saffron as well? I think. I think I’m right on that.

DARAVI: America better not be buying that. We have pistachio farms.

CLAY: A super specific ice cream flavor that she dropped there —

BUCK: Saffron pistachio, that’s like — we’ve got that in, you know, in Manhattan —

BUCK: People are sitting around saying, what exactly? I’ll be honest —

BUCK: Little L.A. Roma Daravi. Daravi Strategies. Roma, thanks for coming and hanging out with us here in studio. And, Clay, where you gonna take us the third hour, my friend? We got so many amazing calls and emails in too that —

CLAY: We’re gonna have some fun, but unfortunately the stock market continues to tank. It’s down at levels we haven’t seen since December of 2020, the Biden economy is cratering. We are going to talk with Adam Laxalt who may be about to grab a Senate seat and help to flip the Senate.