BUCK: We are just days away from the annual memorial of the September 11th attacks, and there’s a lot that had to be done in the aftermath of those attacks for the families, those affected, first responders, and then U.S. military. Frank Siller of the Tunnel to Towers Foundation joins us now. He’s the founder of Tunnel to Towers. We are proud that they are a sponsor of this show. Frank, thanks so much for being with us. Just so everyone knows, can you tell everybody — we’re days away from September 11th — what are the origins? What do people need to know about Tunnel to Towers, how it came to be and its mission?

SILLER: Thanks for having me on. Well, look, 21 years ago my brother, a New York City firefighter on September 11th, 2001, just finished his night tour in Squad 1 in Brooklyn. He was on his way home to play golf with me and my brother Russ, my brother George, and he heard on the radio scanner that the towers were hit, drove his truck back to his firehouse, got his gear, went to the mouth of the Brooklyn-Battery Tunnel where it was closed for security reasons. And, you know, he just strapped 60 pounds of gear to his back and ran through that tunnel.

Which is almost two miles long itself, and then up West Street and into what we believe is the South Tower. His body was never recovered, but he lost, you know, 11 of his Squad 1 brothers that day and they were recovered, a lot of them were recovered in the South Tower. So, you know, while saving lives he gave up his own. So we were so proud as a family. You know, he was my youngest brother. He was our little brother. He was the youngest of seven siblings. And we were so proud of what he did, we started the Tunnel to Towers Foundation in his honor and in the other than for all those who perished that day, but most certainly the first responders.

CLAY: Frank, 21st anniversary of 9/11 Sunday. You guys have got a major announcement that you have made about the Tunnel to Towers 9/11 Institute. What is it going to do, what is its impact going to be, and what do you hope that it can provide going forward?

SILLER: Well, look, you know, we’re very proud of all the work that we do, and you know that we build specially adapted smart homes for our country’s most catastrophically injured service members, and we pay off the mortgages. We gave mortgage-free homes to Gold Star widows that have young children or fallen first responders that have young children. When they die in the line of duty and leave these young families behind, we make sure they have a mortgage-free home. But our first mission is to make sure that we never forget what happened on September 11, 2001.

So this Tunnel to Towers 9/11 Institute is a full curriculum that we put together for ages K through 12. It gives students and educators within the 9/11 — to learn about what happened on 9/11. It’s not taught in many schools. It’s sad. It’s so sad that only 16 states require them even to just mention 9/11, forget about teaching classes on these great heroes and so many things, so many acts of courage that happened, you know, as we said, 21 years ago this coming Sunday. So we’re very proud of taking on this responsibility. I promise you we are going to be make an unbelievable effort to get this all throughout the United States. 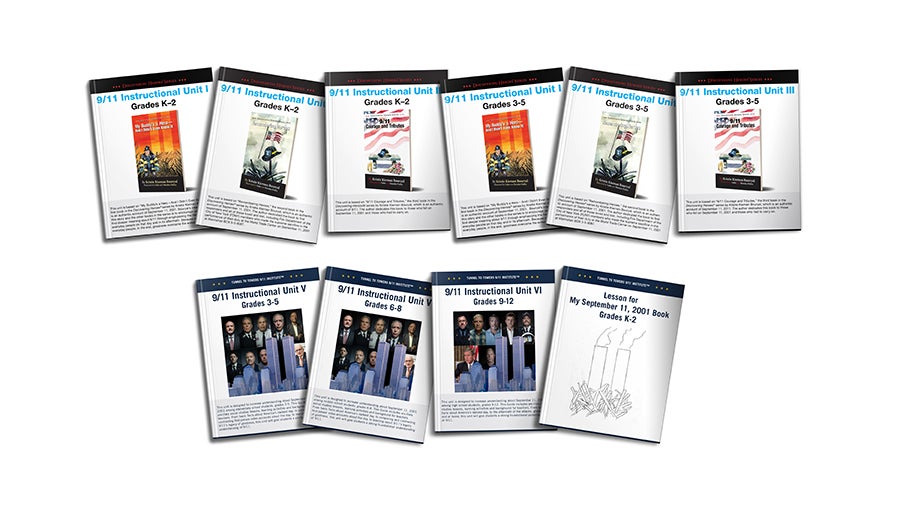 BUCK: Speaking to Frank Siller, the founder of Tunnel to Towers Foundation. Frank, tell everybody about the — obviously you just announced here Tunnel to Towers 9/11 Institute, which is so important because, as you mentioned, there’s a whole generation… I mean, Clay and I are part of, really, the 9/11 generation. Many of our friends, our family members, colleagues went off to fight in wars because of what happened on 9/11, and it’s something that I think the people who weren’t alive then who are now coming of age need to know more about. What is the 9/11 Never Forget Speakers Bureau?

SILLER: Well, so we have hundreds and hundreds and hundreds of firefighters, police officers who are volunteering their time to go to students or educators virtually or in person to give their own stories of their 9/11 experience, and that will enhance what we’re trying to do: Make sure that we never forget. So we have the institute where we’re teaching a full curriculum; we have our 9/11 Speakers Bureau, a Never Forget Speakers Bureau; and we have with our 9/11 mobile exhibit that goes all cardinal that’s a 93-foot tractor-trailer that opens up into a 1100-square-foot museum, which is pretty incredible and has all 9/11 artifacts — once again manned by firefighters who were down there on the Ground Zero on September 11th 2001. 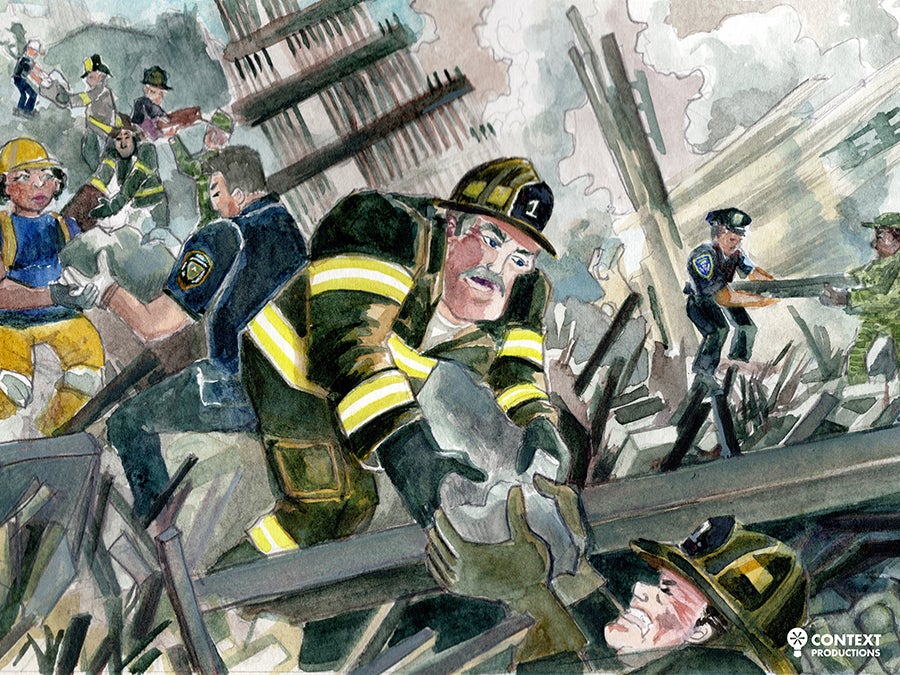 We’re very proud of the work we’re doing, but we have a lot of work ahead of us. You know, Travis, you know, you’re big supporter and I appreciate it. We asked people to go to T2T.org and donate as little as $11 a month. For $11 a month, we could take care of all these catastrophically injured service members, Gold Star families, widows with young kids, and fallen first responders. You know how many police officers that die every year, that give their life for our community along with firefighters and other first responders. We made a promise that we’re gonna take care of every single one of them in America — every single one of them that die in the line of duty — that leave young kids behind, and that’s what $11 a month can help us do.

CLAY: Frank, thank you so much for all the work that you’re doing. Buck and I are both big supporters of the T2T.org Foundation, and we certainly as the 21st anniversary of 9/11 approaches, thank you for coming on with us today.

CLAY: That is Frank Siller.