Author and Analyst Gordon Chang on the China Threat

BUCK: We told you we were gonna do a national security deep dive into tensions with China and Taiwan, and obviously that would bring a whole lot of problems for the U.S. and the whole world if things were to really boil over there. We have a number of headlines to give you a sense of it. “U.S. troops have been deployed in Taiwan for at least a year.” That was just a few hours ago in the Wall Street Journal.

Fox News: “Tensions flare as Chinese flights near Taiwan intensify.” CNN: “China could be ready to mount a full-scale invasion of Taiwan by 2025,” according to Taiwanese defense minister. Let’s bring on our friend Gordon Chang right now to tell us just what is going on here, what is happening. Gordon is the author of The Coming Collapse of China and The Great U.S.-China Tech War, and his Twitter handle if you want insights on these topics is @GordonGChang. Give him a follow. Gordon, thanks so much for being with us.

CHANG: Thank you so much, Buck. 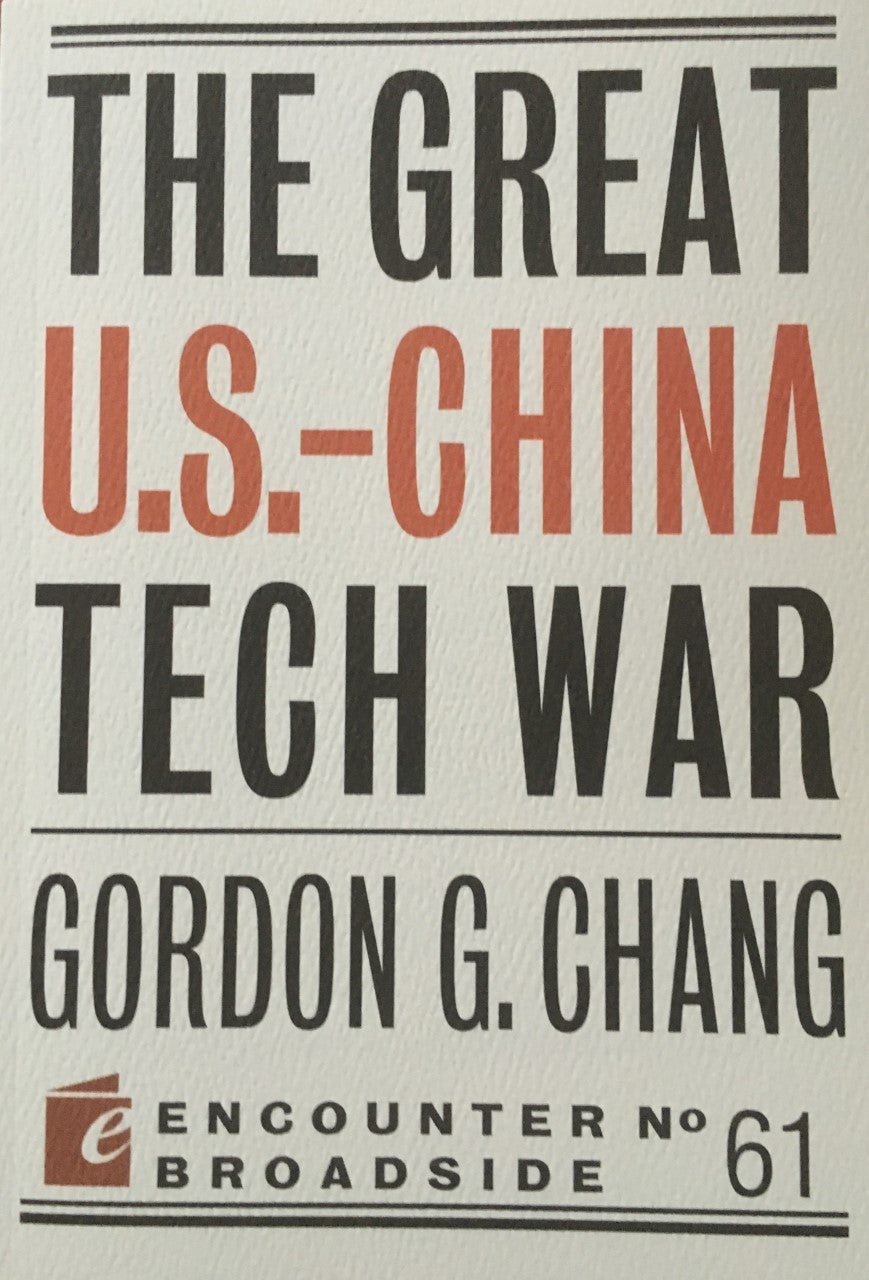 BUCK: Why is it getting so hot in that part of the world, Gordon, what is going on between China and Taiwan?

CHANG: I think there are two things, and neither of them actually relate to Taiwan. One of them is, at the top of the Chinese political system, there’s evident turmoil. We don’t know the full extent of it because it’s an opaque system, but things are happening that do not occur unless there is severe infighting. So, I think Xi Jinping the Chinese ruler is lashing out.

He needs to find an enemy to unify the political system and the country behind him. That’s Taiwan. Second thing, I think that Chinese leaders believe that the Biden administration is incapable. We saw this in their propaganda as Kabul fell, and that propaganda was, I think, reflective of Chinese elite thinking that the U.S. was not able to deal with the Taliban.

So, it couldn’t counter China, and also that when China invaded Taiwan, that the island would fall within days, and the United States would not come to Taiwan’s rescue. You put that really dangerous attitude — and, at the same time, you’ve got all the infighting at the Chinese capital — it’s a really dangerous mix.

CLAY: I appreciate you coming on. This is a tumultuous time to be sure. We have this sort of strategic ambiguity in the United States as to exactly what we would do with Taiwan. I know we’ve kind of indicated that we would defend them. Would we actually, in your mind? What would this look like if Taiwan actually was invaded by China?

I know we’ve got the sorties going on, the airplanes flying in the Taiwanese airspace that is going on right now. But let’s pretend that China actually attempts to invade Taiwan. The United States, in your opinion, does what? And also, what do Japan, Korea, Australia, all these other Pacific countries do?

CHANG: I don’t know, Clay. I’m very concerned about attitudes in Washington right now in the Biden administration. And I think that emboldens China. You would normally think — and I think — that if, outside of the administration you look at Congress and you look at the attitudes of the American people, I think the American people believe that we should defend Taiwan.

But you’ve got a lot of folks who may not actually think that in the administration. So, for instance, you got John Kerry, who just gave that interview to David Westin of Bloomberg about two weeks ago where he said, “Well, we’re gonna have to give up a lot in order to get a climate deal with China,” and the American people should be asking, “What is he willing to give up?” So, we just don’t know.

CLAY: In your opinion, Gordon, let’s pretend — and this is Clay, by the way, and I appreciate you coming on the show. Let’s pretend that you were in charge of that response. Taiwan is invaded by China. The U.S., in your ideal world, should do what?

CHANG: We should actually use force to repel China. Actually, what I would do before then — ’cause that actually is too late. I think that we can prevent an invasion by merely saying to Beijing that we will defend Taiwan. We say it from the Oval Office, and we also publicly extend an invitation to between join a mutual defense treaty.

If we do those things, I think that stops China, especially if we start home porting, for instance, U.S. Navy destroyers, Arleigh Burkes, in Taiwan, maybe put a few more troops into Taiwan itself as a tripwire. These are things that will deter China. Yes, this is dangerous. But right now, because of really bad Taiwan policies for three decades…

That means a lot of people in Washington are at fault. Because of these really bad policies, it means that there are no good solutions going forward. Every path out of here is exceedingly risky. But I think that strength is actually less provocative than the Biden administration’s signs of weakness. 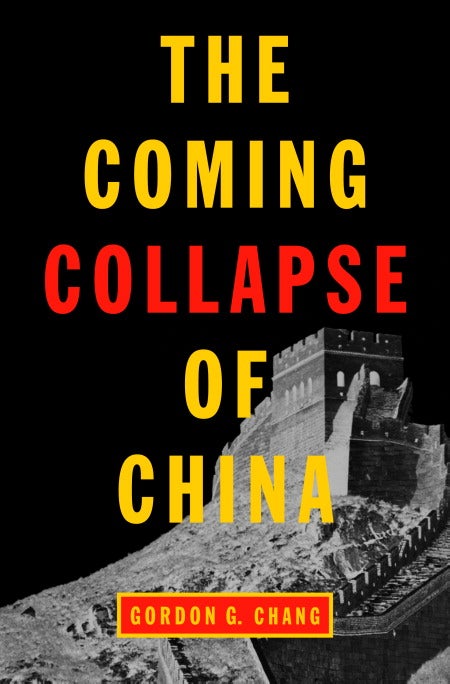 BUCK: We’re speaking to Gordon Chang, author of The Coming Collapse of China and The Great U.S.-China Tech War, two books which you can check out for more of a deep dive on your own on all this. Plus the Twitter is @GordonGChang if you want to give him a follow. Gordon, the investigation into the origins of covid…

Clay and I spent a lot of time today on the show talking about the response to covid in this country, the politics around it, but it does all trace back to mainland China. And there’s now an increasing — well, an overwhelming, I think, in some people’s eyes — amount of evidence that it was the lab leak.

But also there was a lot of covering up that went on in the early days of this. Where are we now with the Chinese Communist Party’s culpability not just with the origin of the virus, but the effort to make sure that people don’t know or couldn’t find out about it in the early days?

CHANG: Well, the Biden administration had its 90-day review of the origins of covid, and when President Biden released the unclassified summary, he said he wouldn’t rest until he found the origin. But from all intents and purposes, we’ve seen no activity in the administration to that end. What you’re referring to, Buck, is we actually at this point don’t have a hundred percent certainty on where this virus came from.

Though it does look like it did accidentally leak from the Wuhan Institute of Virology. But there is one thing that we 100% know and that Chinese leaders knew that this was a highly contagious disease, but they told the world it was not contagious. And while they were locking down their own country, they were pressuring other countries to accept arrivals from China, which means that the spread of the disease beyond China’s borders was deliberate and that means that 4.8 million people who have died from this disease outside of China, each one of those deaths should be considered murderous.

CLAY: Gordon, I want to go back to Taiwan for a minute. There’s a lot of people out there listening to us right now that haven’t spent much time thinking about Taiwan, that question whether and why Taiwan would be vital in any way to American interests. Why does Taiwan matter to America?

CHANG: Well, first of all, since the end of the nineteenth century, America has drawn its western defense perimeter off the coast of east Asia, and Taiwan sits in the middle of that critical defense perimeter. It prevents the Chinese Navy and Air Force from surging into the western Pacific where we don’t want to see them. And more important, though, we have China attacking every democracy — and indeed, the concept of democracies.

But also right now, after the fall of Kabul, American allies are disheartened. And if we were not to defend Taiwan, we would end up having no friends at all in the world because no one would trust us which means we would have to defend ourselves.

And that means we would probably have to worry about Canada, which has a pro-Beijing government anyway. But we have all sorts of… There would be all sorts of people in the world who would say, “Look, we’re turning our back on the U.S.” That means Taiwan is critical to America’s defense, not just Taiwan’s.

BUCK: One more before we let you go, Gordon. We’re speaking to Gordon Chang, author of The Coming Collapse of China. His Twitter is @GordonGChang. The supply chain issue is getting a little bit of news coverage, but it certainly doesn’t seem to be as high on the radar as it should be for most folks because, one, it could really affect the economy going into the end of this year and into next year. There could be shortages of products that people are used to having. But also, that traces back to Chinese energy disruptions. What can you tell us?

CHANG: Yeah, there are a lot of reasons for these extraordinary supply chain disruptions. Many of them have a Chinese origin, including the electric blackouts. Also, covid measures. Also, just a lot of other things that have occurred. So we have enormous numbers of ships stacked up outside of Long Beach in the United States, outside of Chinese ports.

Vice President Harris, when she was in Singapore earlier this year, I think it was August, said, “Buy your Christmas presents now.” I think Americans should listen to her, because when we look and play out all of this, they’re gonna be a lot more empty shelves towards the end of this year. There already were empty shelves the beginning of this year; we just didn’t notice. But this is gonna get so much worse as time progresses.

BUCK: Gordon Chang, thanks for coming on with us.

CHANG: Thank you so much.