CLAY: We’re about to talk with Miranda Devine, who had a fantastic article in the New York Post. But first here was Jen Psaki being asked by Peter Doocy about that back in October.

DOOCY: Why is the administration flying thousands of migrants from the border to Florida and New York in the middle of the night?

PSAKI: Well, I’m not sure that it’s in the middle of the night, but let me tell you what’s happening here. Um, it is our —

PSAKI: Here we are talking about early flights, earlier than you might like to take a flight. It is our legal responsibility to safely care for unaccompanied children until they swiftly — can be swiftly unified with a parent or a vetted sponsor. And that’s something we take seriously. We have a moral, uh, right, obligation to do that, deliver on that.

CLAY: That was actually from October, and they tried to cache it as this is just people being reconnected with their families. Well, Miranda, you’ve had some video; you wrote an article. What is actually going on? What should people know about the Biden administration and what they’re doing with these illegal immigrants?

DEVINE: Hi, Clay and Buck. Thanks for having me on. Last October that was our story, the New York Post. We went out to White Plains airport. We got a tipoff saying there were these secret flights coming in at 2, 3 in the morning and that they were disgorging a whole bunch of illegal migrants who were then being bused around the Tri-State Area. So, we followed a few of those buses. We watched some of these migrants being dumped at a rest stop at the New Jersey Turnpike.

Then cars would come up and so-called sponsors or so-called family members would pick up these so-called children. We don’t have their birth certificates, but looking at them, a big proportion of them — to my eyes and to my photographer’s eyes — looked like adult males. The others are maybe 16-, 19-year-olds. So the federal government is basically orchestrating — under the nose of the American public — this mass movement, this mass transportation of illegal migrants from the southern border as fast as they can into unsuspecting communities all over the country.

It’s not just New York. It’s California. It’s Louisiana. We’ve traced on Flight Radar 24 a number of charter flights — these same aircraft, the same four or five charter companies — that are making hundreds of millions of dollars from the taxpayer for doing this secret business. The new material that I have in my column today is bodycam footage, about an hour of it, from a Westchester County cop who was doing his job last August when these flights first started coming in to Westchester.

He went out there. He knew that the airport is supposed to be closed and under curfew from midnight, and he wanted to know why there was a plane — a Boeing 737 had landed — what all this activity was on the tarmac. He went out there and was completely astonished at what he found. And he was told by a dozen federal contractors who were there with 142 migrants — illegal migrants — that they’d brought in that they weren’t allowed to show their IDs to him.

He asked for their IDs, and he said to them, “Well, I can stop you leaving this airport. I’m supposed to be in charge of security on this airport, and the TSA has certain rules about how many people are allowed onto the tarmac, and you’re breaking them all. This goes against all our security rules.” He got them to show him their IDs, and they told them where they were from.

There were bus drivers there. They had all been sitting around waiting for about six hours because this is something a shambolic operation that they didn’t even call the bus drivers until over an hour after the plane had arrived at Westchester. This is going on every night, and it was only after our story in October ran that they stopped most of those flights coming into Westchester, I’m told. And it’s only because of Rob Astorino who is the former Westchester County executive and candidate for the governorship in New York. He’s one of the only Republicans who cares about this.

He got this footage, this bodycam footage from this Westchester cop under Freedom of Information and he’s provided it to me, and it is really damning. If you watch the entire video, you can see how the federal government is doing this in secrecy. They have federal contractors who have been sworn to secrecy. They have contractors in the bus companies who aren’t even told their destinations until they’re behind the wheel and ready to go. It is an absolute scandal, and it’s disgraceful that the Republican Party isn’t screaming blue murder about what the Democrats are doing. 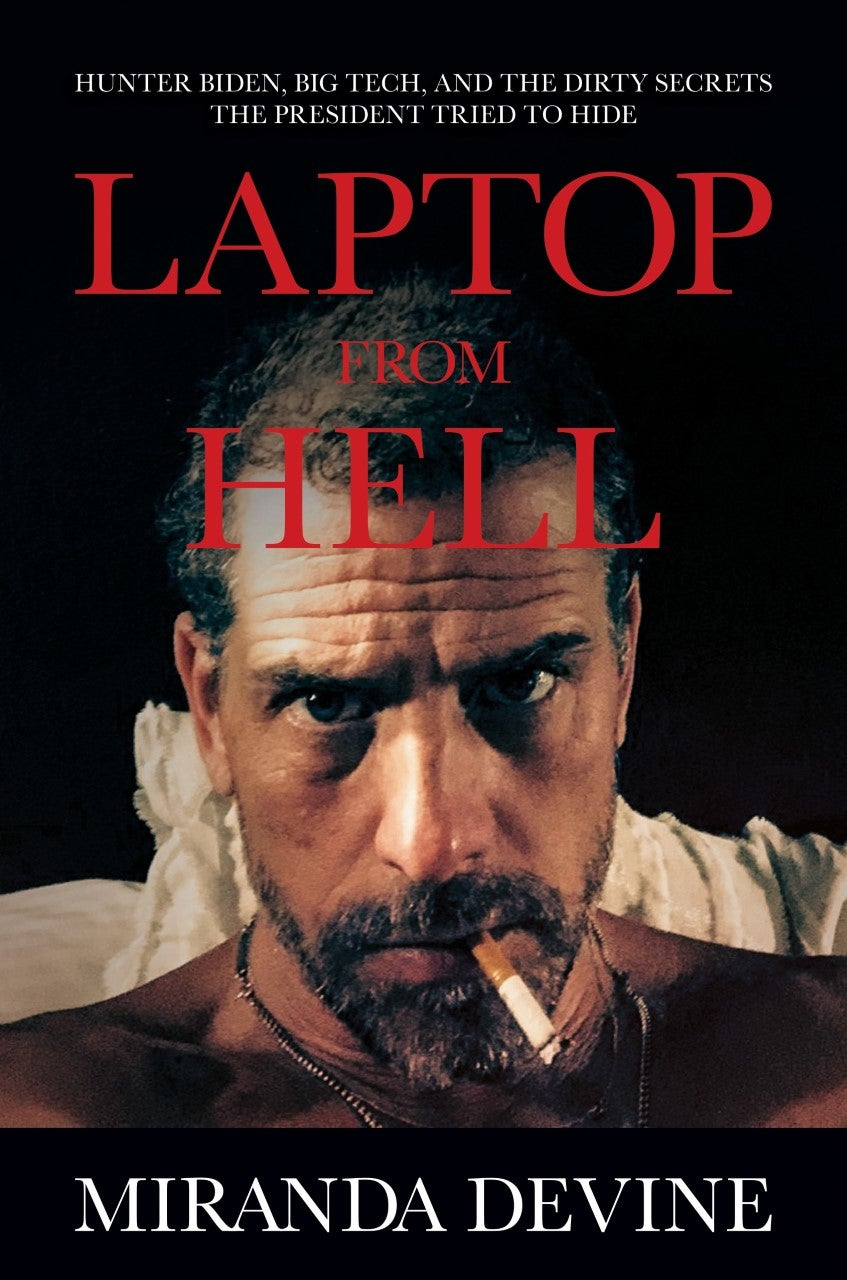 BUCK: Well, Miranda, we’re trying to get the word out. We appreciate you bringing all this expertise and background to the conversation. We’re speaking to Miranda Devine. She’s the author of Laptop from Hell. I come from a CIA background, Miranda, so I have some idea of how the government secret world works, and when I’m reading all this, and I see your reporting on it and all of this what looks almost like cloak and dagger stuff…

“Oh, we won’t show IDs,” and people involved in this aren’t told where they’re even going. What possible justification does the government have for this? I mean, this isn’t the way that government operations in a whole range of other areas are conducted. So why aren’t they saying…? Why aren’t they telling people, “Oh, it’s great! We’re doing these fantastic migrant flights!” What’s the justification for the secrecy? Do we have any idea about that?

DEVINE: Well, it’s interesting you ask that question because that is the exact question that this valiant Westchester County police officer asked the federal contractors, and it’s all recorded on his bodycam video. And he says, you know, “Why? Do you know why the secrecy? What’s the big secret?” and the federal contractor who’s from this company called MVM, Inc., quite a controversial company which used to work for the federal government in Iraq, used to work for the CIA in Iraq.

Now they’re working for the federal government. They just signed a $136 million contract to transport illegal aliens around the country from the southern border. This federal contract from MVM replies to the cop who is asking why the secrecy. He said, “You know why. Look who’s in office! That’s why. Come on,” and then he continued. “You know why: Because if this gets out, the government is betraying the American people. ”

Everyone involved in this clandestine operation knows that the reason for the secrecy is because Americans don’t want this. They don’t want their borders to be erased. No sovereign country can have its borders erased. You have Joe Biden and Nancy Pelosi and Antony Blinken all jumping up and down about Ukraine’s border — the sacrosanct Ukraine’s sovereignty — and they’re sending American soldiers over to Europe it protect Ukrainian sovereignty, Ukrainians’ borders, while at the same time they were actually facilitating the invasion across America’s border. 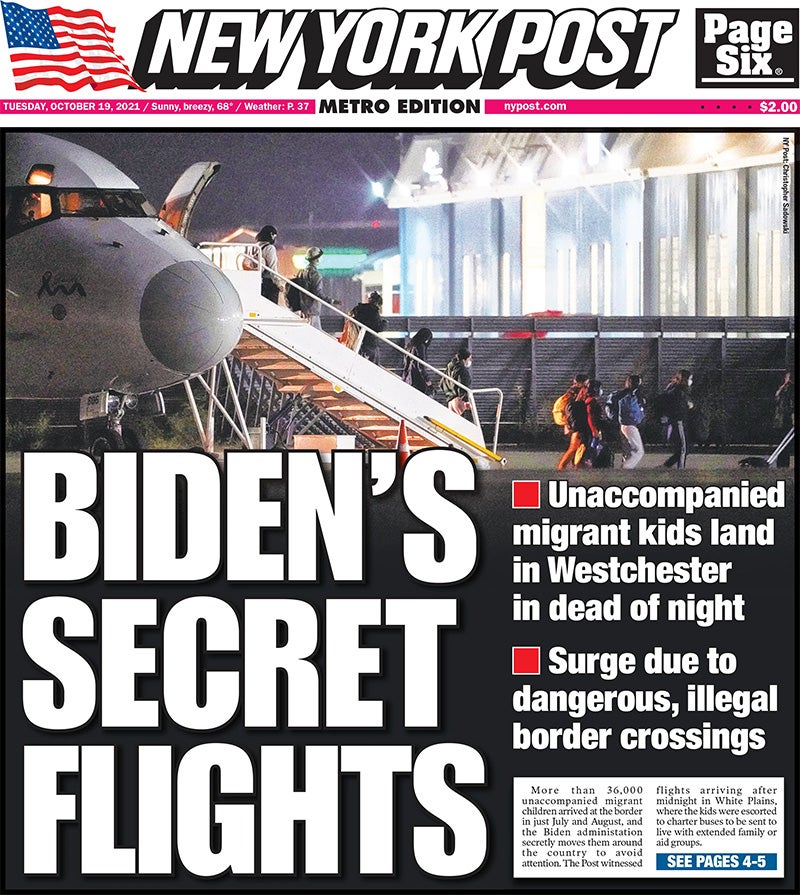 That is not hyperbole to say that. That is exactly what is happening. And that is why they are keeping it secret from the American people. Because of course, nobody wants their country to be invaded by illegal migrants. You’re talking about last year, two million illegal immigrants that the government is admission came across the border. If it doesn’t accelerate — which I’m sure it will — you’re talking about eight million by the time Joe Biden’s out of office, minimum.

That is another New York City. That is four Chicagos. That is something that does irrevocable harm to the country, and it is something that is aided and abetted by — it has to be said — Republican donors who want cheap labor. Maybe that is why the Republican Party is so silent on this matter, and only a few of our elected representatives on the Republican Party are actually speaking out about this, including Rob Astorino — who, I have to say, you have to give him credit for getting this information and staying on it doggedly.

CLAY: Miranda, fantastic stuff, as always. Laptop from Hell is the book, and people can read your work at the New York Post. We will share this article from the Clay and Buck Twitter account as well. Thank you for making the time today.

DEVINE: Thank you so much, Clay and Buck.