BUCK: We’re joined by our friend Liz Wheeler. She’s the host of the Liz Wheeler Show. She’s a Californian, and she’s got a lot to tell us about where this whole recall effort stands. Liz, thanks so much.

WHEELER: Thanks so much for having me. It’s great to be here.

BUCK: All right. So first up, how did we get here? I mean, this guy probably had a little Cuomo envy back in the day because he wasn’t getting quite the love that Governor Andrew Cuomo of New York was. But that went from liberals holding him up as the great Golden State hero of the pandemic to now he might lose his job before his term is up. What brought us to this point?

WHEELER: Right, and what’s worse here is he might lose his job, and it’s not just a matter of Republican voters trying to reject a Democratic governor. These are voters from across the aisle, Democrat and Republican, liberal and conservative, who are fed up. I mean, this is a guy… This is a hypocrite who went out dining at the French Laundry when he shut down restaurants that resulted in 14,000 restaurants across the state closing permanently, never able to reopen their doors. 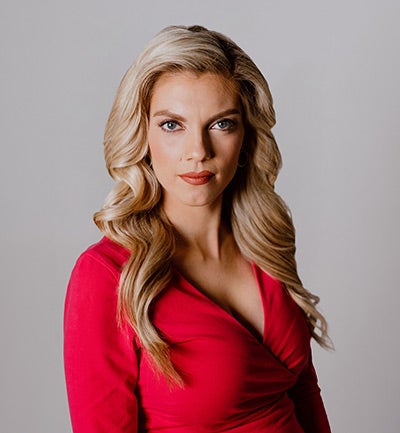 He sent his children to private school when he was forcing kids across the state to go to this Zoom school. I mean, this guy is terrible, and it is interesting to see how we got here. But what’s scarier, I think, is to look at what this election means. Not just for California, but for our country. Because I think… And I’m sorry to say this in a sense. But I think that this recall is a bellwether for our entire nation.

But they know it’s unpopular for people on both sides of the aisle. They’re hoping that Gavin Newsom will win this recall election, and then they can feel unleashed. Their tyranny knows no bounds if the people won’t push back. That is one of the most critical things that we have to examine when we’re talking about California.

CLAY: Liz, appreciate you coming on. This is Clay. You know this race is getting a lot tighter than anybody anticipated, when Larry Elder’s past starts getting covered in excruciating detail. And the LA Times called him “the black face of white supremacy,” which is an unbelievable headline that is real for the biggest newspaper in the state. How real do you think the chances are that Larry Elder wins, and what are seeing in terms of underhanded tactics to try to keep that from happening in?

WHEELER: Well, I think that’s a question we should ask Gavin Newsom, because clearly Gavin Newsom is scared, or he wouldn’t be out there in the streets sweeping up. And I’m not going to paint the analogy here, but if anyone wants to assume that maybe he’s trying to sweep the refuse (laughing) that he’s left in the wake of his policies, then, you know, go for it. Make that analogy. But Gavin Newsom himself is scared.

This is not the conservatives getting fired up. This is a Democrat governor who thinks he’s going to lose. He’s so afraid that he comes off as out of touch and elitist, that he’s going out, pretending to clean up after the homeless, having a crew — a news organization — following him around, trying to write a glowing recommendation or a glowing profile on him about how much he cares. This guy knows he’s going to lose, and he should lose!

He’s presided over just additional policies in California which those of us in California, have known for a long time. But it’s become clear to everyone during covid. I mean, look at the school system, for example. Gavin Newsom is in bed with the teachers union. The teachers unions in California… The Los Angeles United Teachers, the president of that teacher’s union said that “learning loss,” children not being able to attend school, she said that’s a myth.

It’s not a thing, because “even if babies didn’t learn their times tables,” these are her words, not mine, “they learned the words ‘coup;’ they learned the word ‘insurrection.'” This is who Gavin Newsom is in bed with. So when we see these schools that are either shut down or they’re mandating masks or they’re kowtowing to teachers unions — essentially hostage demand lists of radical leftist policies in order to reopen schools — that’s who Gavin Newsom supports!

That’s what he’s a part of, and he’s been advising the Democrats — going back to the other topic. He’s been advising the Democrats in the state capitol on how to craft these vaccine mandate policies, how to gut and amend the transportation bill that’s in the California legislature right now that transportation has been removed from and replaced with vaccine mandates. He’s guilty of all of this, and the people of California know it, and they don’t like it.

BUCK: Speaking to Liz Wheeler, host of the Liz Wheeler Podcast, formerly of One America News. Liz, how close are the polls saying this is going to be and what are the deciding factors as people go and cast their votes in the recall? What are some of the different aspects of this that are gonna determine whether Gavin Newsom’s political career lives to fight another day?

WHEELER: Yeah. So the polls, I think, unfortunately — as much as we love to parse the polls — have such widely differing results right now. It’s a little bit hard to tell. In June and July, there were polls that showed that it was about even. An even number of people wanted to recall Gavin Newsom versus not recalling him. A recent poll shows it’s not quite as close as that. But it’s a little bit hard to tell. We do know that 20% of eligible registered voters, I should say, in California, have already cast their ballots.

To have a governor, during a recall, send out 20,000 ballots really does raise the question in so many people’s minds: Is this election going to be fair? Are we going to be able to trust the outcome? In my opinion, that should incentivize voters — again, both sides of the aisle. You don’t have to be Republican, don’t have to be conservative to feel this way.

It should incentivize voters to say, “Listen, we are going to have election integrity laws passed in states across the country.” When it comes to California, do we want Gavin Newsom in charge of that or do we not? And the answer to that, if you look at the polls to voter ID, for example, the vast majority of voters in both parties support laws like voter ID that strengthen the integrity of our elections.

BUCK: Liz, I’ve got friends in California, who consider themselves to be liberal, who have never voted for a Republican before, and are so fed up with the school situation — they are moms and dads — that they have decided to vote for the recall so that Gavin Newsom is gone. How much of covid fear, but also covid fearlessness — in that people think we need to get back to normal — is going, in your mind, to implicate this vote? How many people are going to make their decision based on whether it’s okay to pull rims off of basketball hoops, whether it’s okay to bring in sand and put it inside of all the different places where people are skateboarding? How much is covid underlying the result here?

WHEELER: It should underlie a lot of it. I mean, I lived in San Diego for almost a decade, and last year during covid, the police literally kicked me out of a park. So let me paint this picture to you. It was a park not a playground. This is a park in San Diego that’s basically just a big grassy hill. I was sitting on this hill at least 100 yards from anybody else and police on a little ATV came up to me and said, “Listen, because of covid, this park is closed.” 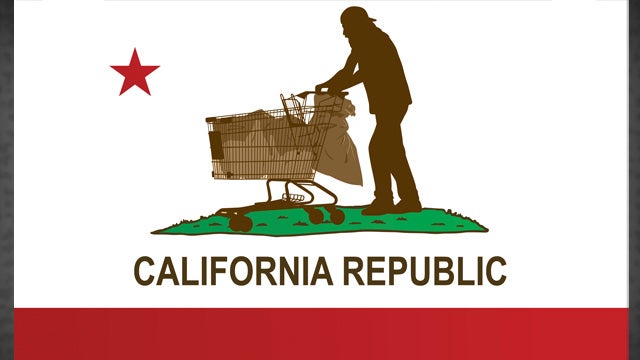 WHEELER: That was absolutely absurd. I mean, the only contact I had with any person was with that police officer who was trying to enforce social distancing. But people in California have had experiences like I have had. The stories have been absolutely insane. There was a paddleboarder in the ocean —

BUCK: I think we lost Liz there. (chuckles) But anyway, the Liz Wheeler Podcast.

CLAY: She did a fantastic job.

CLAY: It’s great to have her making the case for Gavin Newsom being gone.

BUCK: She does really good work. She was about to stick the landing —

BUCK: — and then all of a sudden, the TV went dark. Wait. She’s going to hit it! Anyway, Liz does a great job. The Liz Wheeler Podcast, go check it out for sure.