Raheem Kassam on Ukraine: How We Got Here and How It Ends

BUCK: We have our friend Raheem Kassam in the mix right now. He is the editor-in-chief of The National Pulse. They’re breaking all kinds of news stories on a regular basis, including on the national security front. Raheem, my friend, great to have you back.

KASSAM: Thank you for having me.

BUCK: What do you see going on right now? I mean, just at the macro level with this Ukraine situation, what’s your take on how the West, how Europe and the U.S. have responded to this and where do you see it going?

KASSAM: Oh, entirely predictable carnage, Buck. I mean, I have been talking about this Ukraine situation since the Maidan Revolution of 2014. I was actually in Kiev while that was going on. I didn’t have any kind of understanding or preconceived notions of what was taking place on the ground when I left London to go there. But it became very apparent to me that if we continued on this trajectory, this tit-for-tat that we’ve seen over the last decade between NATO and Russia, that we would end up in a sort of conflict like this.

And I think it’s just one of these most regrettably predictable end results of a failed foreign policy that’s emanated from London, from Washington, and has resonated across the Western world for the past several decades now. It’s predominantly concerned with people making money. It’s predominantly concerned with what we in the industry know as “managed decline,” and that is sort of the very same notion that had Obama take his first foreign trip as president to Cairo and bow before the Eastern world and effectively say, “We’re sorry.”

And it’s one of those things that is entirely predictable when you look at the last several decades of political philosophy that is the underlying consensus that the elites in D.C., the elites in London have subscribed to be, which is predominantly Francis Fukuyama’s “The End of History” theory, right, that liberal democracy will pervade; nothing can stop it. And here we are now staring down the barrel of Mr. Putin’s guns.

I happen to believe as a matter of analysis within myself looking at this situation — and I wrote an article about this for Newsweek a couple of weeks ago — that this will, of course, end with a prolonged negotiation, a new set of treaties, and a whole lot of blood that’s been shed for virtually no reason. So I said back then and I continue to say, “Can we just skip to the good part?” The “good part” being when people stop dying.

CLAY: That is well said. And we just got a great question as we went to break about what we think is going to end up happening when all of these people do stop dying. What is the end result in your mind look like, Raheem? Like, how do we end this conflict in Ukraine and Russia, and what is the result of the end?

KASSAM: Look, unless we as a civilization are willing to risk a pretty level of certainty behind a nuclear World War III for the sake of a non-NATO member country — and we can get into the Budapest memorandum if people like as well — and these small pockets of disputed territories, then an end is necessarily coming to the table and saying, “Right. What is actually your beef?”

Now, the interesting thing about all of this where we are now — and really it reached this kind of crescendo of nonsense a couple of weeks ago when Vladimir Putin goes out and gives this long, winding, 90-minute setting out his stall of historical and culture and ethnicity and land and Stalin and Lenin and all kinds of stuff. And the next day Biden stands up in front of a lectern, gives an equally winding but extremely short and unspecific speech that doesn’t actually deal with any of the specificity that Mr. Putin raised.

So these two sides, what I’m saying, are not even speaking the same language at the moment. One side is speaking realpolitik. One side is saying, “Hey, we want this territory. We believe it’s ours. Here is our justification,” and the other side is pretty much putting its fingers in its ears and saying, “Yes, but you’re just a warmonger and you’re corrupt and so we’re not gonna do any business with you.”

Well, it’s funny (chuckles), isn’t it, because the West has actually been pretty happy — and some European countries especially have been pretty happy — to do extremely high levels of business with Russia over the last several decades. My country especially, selling football clubs, property, all sorts of things to the Russians for the past several decades. And now here we are wringing our hands saying, “How on earth could this have happened?”

As a nation, as a civilization, we have sent mixed messages to Russia. On the one hand, you’ll remember Barack Obama sort of whispering to Medvedev, “I’ll have more flexibility after the election.” On the other hand, this posturing about ho, “Russia’s so small, it’s not a threat, we don’t even have to worry about it.” And all of those things lead to somebody like Mr. Putin looking at the West’s foreign and national security apparatus and saying, “They don’t know what the heck they’re doing.”

And that, I fear, is absolutely true. There are more parallels between what’s coming out of the White House today with a show like The West Wing than there are parallels with actual geopolitical theory. I’m talking about Alfred Mackinder, Mahan, all of those great geostrategic theorists who warned about what happens in Eurasia and the control of that landmass and why those conflicts arise and how to avoid them. Well, I have yet to hear any of these geniuses in this administration — I call it a regime, this regime — talking about those things. How do you actually bring this conflict to a close quickly? And that brings us to the other point, doesn’t it? Do they want to bring this to a close quickly?

BUCK: Here Raheem Kassam he’s editor-in-chief of The National Pulse. You should all go check it out. They’re breaking great stories there on a regular basis. Raheem, I’m sure you caught this, but I wanted to bring it to the attention of our audience all across the country here. Yesterday, during a Senate Foreign Relations Committee hearing on Ukraine, Undersecretary of State for Political Affairs Victoria Nuland — who anybody who knows who the neocons are knows from previous multiple administrations who Victoria Nuland is.

This is an exchange I want everyone to hear with Marco Rubio and Nuland, and I want you to react to it. Play it.

The most important part is Rubio’s initial question. Nuland could’ve just said no.

We don’t yet know what they were doing at those labs but it would be extremely ironic (and catastrophic for US credibility) if, unlike Bush 43, Putin found actual WMD.
pic.twitter.com/ZnXIEP4NIl

BUCK: Okay, Raheem, just two things here, ’cause that went a little longer than maybe was helpful, ’cause I wanted to go into this one part of it. If it’s medical research that’s being done, why wouldn’t she just say, “Yeah, there’s medical research trying to cure cancer or whatever,” and if it was just medical research, why refer to it as “biological research that you’re concerned the Russians may get a hold of”? That struck a lot of people, who are not trying to be conspiracy theorists, as quite strange.

KASSAM: Well, people will cast their minds back to the beginning of the pandemic when the likes of me (laughing) were talking about this BSL-4 bioweapons, bioresearch facility in Wuhan. And the level of just flat-out denial that we heard at the time, that this thing was even something to be concerned about, something to look into. And then, of course, fast-forward to just about a week ago when people started to raise the specter of these issues in Ukraine.

And almost the entirety of corporate media in the United States bore down pressure on people asking questions — questions like Mr. Rubio just asked there — and said, “This is fake news, this is Russian propagandize, no such things exist,” and then come obviously to yesterday where you have new land herself saying and you’re right to point out the very cagey terms that she uses there, right?

And you can hear the kind of stuttering and stammering, and if people go watch the video as well, you see her body language when she’s talking about all of these things. She’s very clearly deeply concerned about what is going on at these labs. Now, we did a little bit of digging into some of this last night, and we found out that actually none other than then-Senator Barack Obama in 2005 was one of the people who helped set up U.S. aid going to Ukraine — to use the words that they used as a time in a press release — to “secure these facilities” in case of any accidents or like we’re seeing now, whatever conflict and so forth. 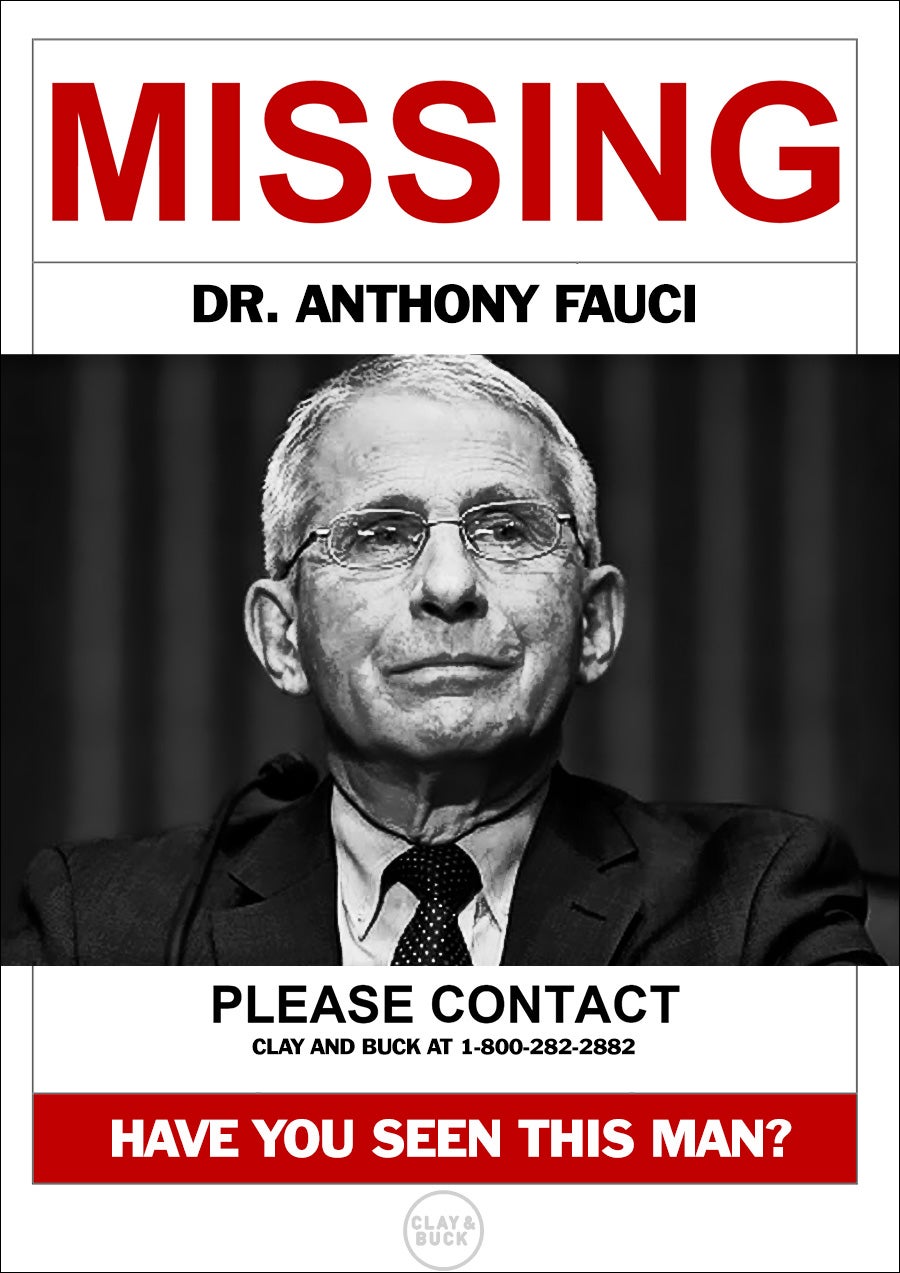 But it was really interesting to us that these Web pages had been taken down over the last couple of years. And we actually had to go back through the web archives to find this information. Funnily enough at the same time as all of that is happening, who is nowhere to be seen? That would be Dr. Fauci — Mr. Fauci, as I call him, because he hasn’t acted like a doctor over the past couple of years. And he’s nowhere to be seen at the moment. So now the questions and the Freedom of Information requests all start pouring in.

Where were these labs, who was funding them, what research was going on there, and what NIH grants, if any, and what NIAID grants, if any, were going — i.e., with Fauci sign-off — to all of these things? Yes. This is now — and look. I gotta tell you this. When it comes to the fog of war, especially in the propaganda realm, you can’t believe either side. The numbers are nonsense. “We’ve shot down four billion planes and the Ghost of Kiev is lurking behind every corner.”

It’s all nonsense. You gotta just look through all of that and get right to the signal. And the signal here again comes back to our first point. How did we end up in this situation? How do we get out of this situation? Because to me — I said this back in November — Mr. Putin knows that this is a prolonged conflict if he wants it to be, and he is now seeking to normalize conflict in that region. I would say that responsible people — the grown-ups, with all the grownups, the grownups — should be talking about how not allow conflict to become normal in that region and in Ukraine.

BUCK: Raheem Kassam, everybody, National Pulse is the website he is the editor-in-chief of. They’re doing great work over there. Raheem, my friend. Thanks for being with us. Appreciate it.