BUCK: On the political leadership side, we have Governor Ron DeSantis in Florida. He’s not the only one, but he’s the largest red state, the one that actually gets the most attention. Here he is saying straight up, what we’ve been saying. The governor probably hears this show sometimes, let’s be honest.

BUCK: We can neither confirm nor deny but here he is.

DESANTIS: I think it’s very important that we say unequivocally “no” to lockdowns, “no” to school closures, “no” to restrictions, and “no” mandates! 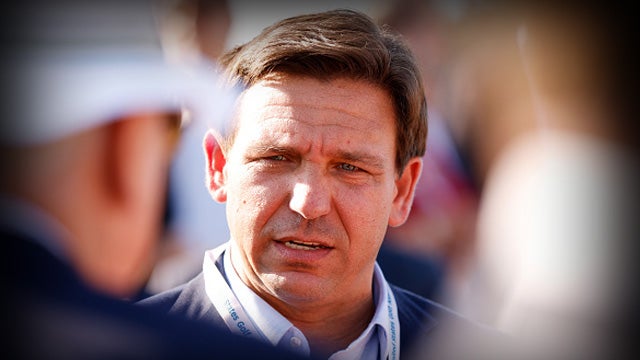 CLAY: The head, the surgeon general… If you’re just joining us, I know there’s a lot of dumb things that are said, Buck. The surgeon general of the United States, our top medical official in the Joe Biden administration, said that if you are a vaccinated parent, you need to be wearing a mask inside of your house to protect your children. That is his medical advice to the nation. That is so mind-blowingly beyond insane that I don’t even know how anyone can be listening to these people anymore. That is madness, Buck Sexton.

BUCK: Completely crazy. I mean, it’s like treating your children as though they could be carrying the bubonic plague or something. I mean, the level of fear and the irrationality based upon the actual risk here is something that you see this, and you really worry. I worry about the future of the country just based on the fact that people could be so easily brainwashed and misled on this stuff.

And that we move like this herd that’s being constantly cattle prodded with the media and social media and the Biden administration and the virtue signaling and the fear and all this stuff. When really, anybody who’s paying attention at this point should just say, “We’re done. We’re finished.”

BUCK: Here is a congresswoman down in Florida also just saying that they won’t comply with the Pelosi order. 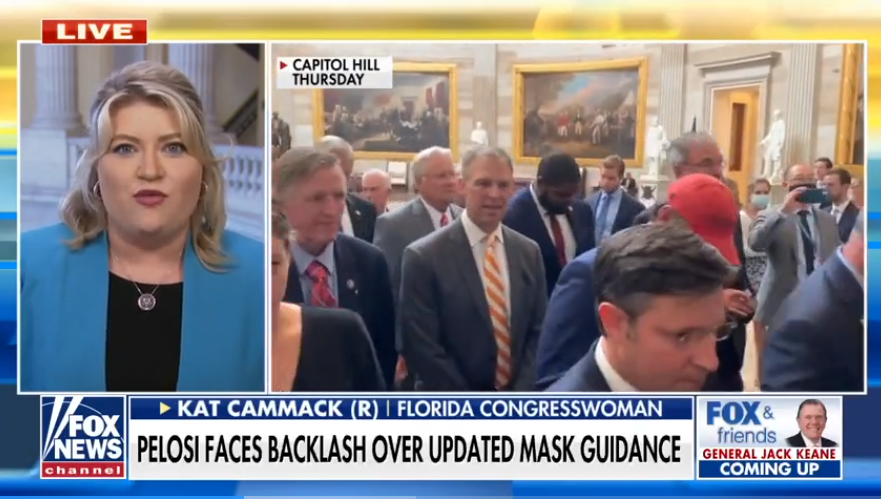 KAT CAMMACK: Quite frankly, we will not comply. You know, Nancy Pelosi has opted to rule as Speaker of the House more as a tyrant than a speaker of the people’s house. She truly believes this is her House, Pelosi’s House. And you look at what they’re doing. They’re not following science. They’re following political science. Because everything that they do is rooted in a political agenda, and you see what this mandate now is doing. It is forcing Capitol Police into a very uncomfortable position where they now are the mask police. That’s not right!

I mean leadership like we’re hearing right there from Ron DeSantis and congresswoman in Florida. They need to fight this battle at the very highest echelon for people like you and me who are regular people out there in the community at large. And my wife was upset at me for doing this yesterday in the airport, but I’m going to pull my mask down, and I’m gonna leave it down until somebody tells me that I need to pull it back up. It’s a small thing.

BUCK: I’m just going to tell you, if Pelosi tries to throw you in solitary, Clay, I’m gonna get Team Buck together all listening across the country. We’re gonna bust you out of this joint. We’re not gonna leave a Clay behind.

CLAY: I think that would be great. I hope you can bring in a helicopter. They had a great scene in Black Widow where — spoiler alert — they bust out the dad character, the Hopper character from Stranger Things. It’d probably be the best thing that could happen to the show, right? People would say, “Oh, I totally expect Clay Travis to break out.”

BUCK: We would live stream the Clay rescue mission for his mask defiance. We’d get a lot of clicks on that one.