This Atlantic Story Is So Dumb You Won’t Believe It

The Atlantic is arguing that separating sports by sex makes no sense, so just end it.

Of course, that would effectively destroy women’s sports. Example: 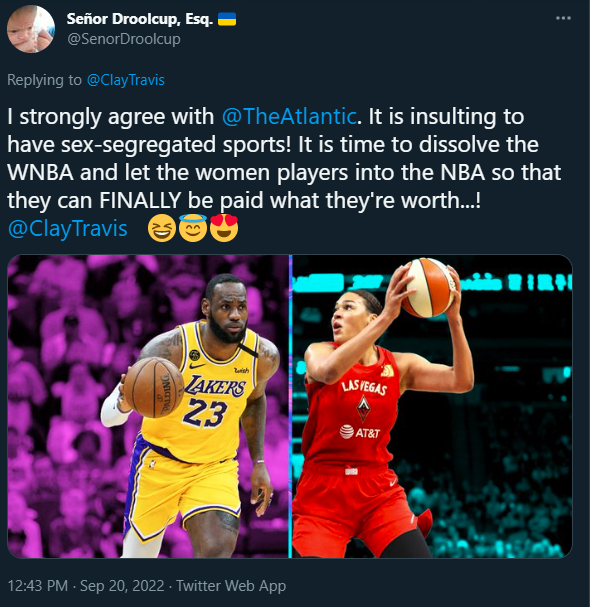 That is the new feminism for the left, and is the natural outgrowth of men should be able to compete against women is that there should be a unisex sports competition.

The Atlantic is arguing that men’s and women’s sports shouldn’t be separate. Really. This is where transgender athletics leads, one unisex sports leagues where women’s athletes don’t exist. pic.twitter.com/sAfdRl2SRZ

No woman would ever hold her own in a boxing ring against a man.

A transgender artist wants to meet 72-year-old Caitlyn Jenner in the ring. https://t.co/YHJyvqMSrk

No women would ever make a men’s basketball team.

No woman would ever be on a swimming team.

Ending the separation would mean that women don’t do sports anymore, which is exactly what Title IX was intended to prevent from happening.