BUCK: The big news this morning, of course, was the incredibly weak jobs report for the Biden administration. They’re going to try to spin this in every way that they can. They’re saying, “Oh, it’s just a function of…” Well, as you know, it’s covid. It’s always about covid. Whenever something goes wrong, that’s going to be the go-to. But initially, the expectation was that they were going to have over 700,000 jobs — 720,000 jobs was the economist’s estimate.

As you know, economists are not particularly good at predicting things. They make weathermen look like geniuses, because weathermen are actually pretty good for the most part. But economists are often way off. So 235,000 jobs last month, was the actual number according to the labor department. So we were expecting 720,000 jobs, under this Biden administration; we got 235,000 jobs.

Now, what’s also really interesting here, is that you have a lot of open jobs out there. Millions and millions of open jobs. So what’s going on here? The demand for workers persists, but job gains are slowing up. Now, they’re going to say that this is, of course, a function of covid. Here’s Joe Biden, just this morning before I came on-air to speak to all of you saying that. Play 19.

BIDEN: There’s no question that the Delta variant is why today’s jobs reports isn’t stronger. I know people were looking — and I was — hoping for a higher number. But next week, I’ll lay out the next steps that are going to — we’re going to need to combat the Delta variant to address some of those fears and concerns.

BUCK: I can tell you, I actually have a preview for you of the Joe Biden speech next week. This came to me. I have well-placed sources. I have people that know people. You know, all that stuff, and here’s a summary of what you’re going to be told by Joe Biden as he’s trying to spin this weak recovery, which is barely even feeling like a recovery. It’s something else. It’s going to go something like this.

(impression) “You know, we’re going to get middle class. Middle class jobs. Coal miners. Good wages. Jobs. Jobs. Middle class. You know, it’s all about investments. Investments in our future. Talk about those good jobs for the wages, for the middle…” He’s just going to say the same thing that he said for, well, pretty much his entire political career. Buzzwords and phrases that makes it sounds like, you know, “He’s Joe. He’s Amtrak Joe. Just one of the folks!” 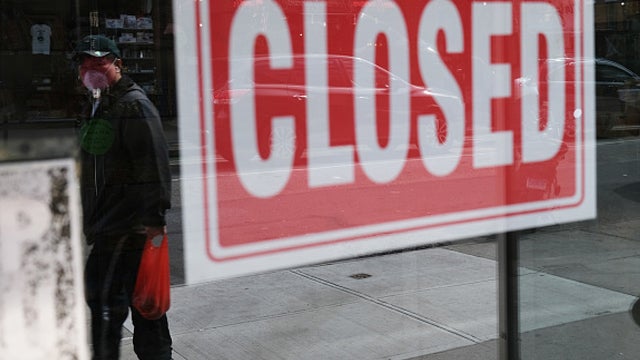 No, he’s not. Joe Biden lives in, what? A three, $4 million mansion in Delaware? This guy has been the senator from Delaware, the vice president for eight years, and now the president of the United States. When was the last time you think Joe Biden had to go buy his own groceries or drive a car? “But, oh, here I am. Look at you! I’m going to use the phrase ‘folks.’ I’m going to say ‘folks’ a lot so you feel like I’m connecting to you, so you feel like I’m not a front for a bunch of socialists — a bunch of people who actually don’t care your values at all who run the Democrat Party.

“But I’m here to say ‘jobs,’ ‘middle class,’ ‘hard-workin’, hard-payin’ jobs.” You know Joe Biden is pushing when he starts pushing his Gs off of verbs. “Hard-workin’. Good-payin’.” He’s from Delaware. He’s not from the heartland or the South. He’s from Delaware. But he kind of gets this tone. He’s kind of got an almost notwithstanding. But it’s not quite there, “Because he’s just connectin’ man. He’s just… You know, he’s Joe!”

You say to yourself, “I would rather you just be good at your job, Biden. How about that? I would rather you turn things around so that we don’t all have to sit here and say, ‘What are you doing well?'” The border? It’s not the like the border — the U.S./Mexico border — is bad right now. It’s the worst that it’s ever been. It’s the most open. We have the most drugs flooding across. We had 90,000-plus Americans die of overdose the last year, the highest it’s ever been.

In part, of course, also driven by the despair of the unnecessary lockdowns. But the drugs are flooding across. Fentanyl and opioids and heroine. And also 200,000 a month illegal immigrants now — and, yes, it is illegal. It’s illegal to cross over into America. Despite what the libs think, they are breaking the law. The people who are doing this are breaking the law, enriching the cartels. But Biden doesn’t care.

They’re already telling you that Afghanistan is a success. Huge success. A stunning success. Beyond its wildest expectations of this administration. Yeah, sure, there were some things here or there but to make an omelet, you have to break a few eggs. That’s the Biden response do all of this. The economy is weak. But, you know, who wants that rearing Trump economy? Oh, no. All the prosperity and the jobs?

The all-time record low unemployment especially all-time, record-low unemployment for black and Latino Americans. You know, that kind of stuff. No. Let’s have the Biden economy. Where it just never really gets up and going. You have people staying home to collect a $300payc heck still. They’re sending that out. You have the CDC acting like a tyrannical health policy DMV that can tell you that you’re not allowed to collect rent on property that you own. 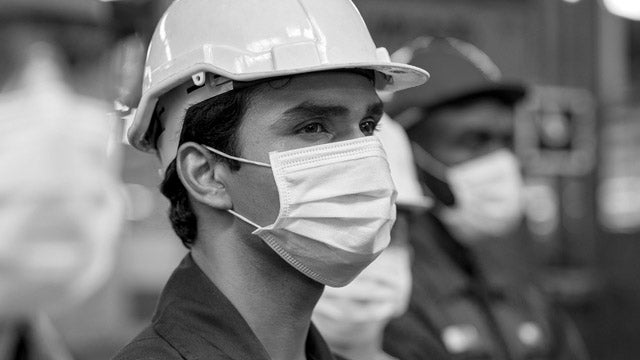 Oh, yeah. It’s all fat cats who are the landlords. Sometimes the landlord actually has less money than the tenant. But the Democrats feel like that redistribution of wealth, benefits them. So they seize your property. There’s no due compensation for this. This is unfair. This is wrong what they’re doing. The CDC can tell you what you can and can’t do with can’t private property by fiat? I know the Supreme Court, thankfully, has said no.

But that the Democrats would even try that just shows how completely out of line and extra-constitutional they are. We live now… Thanks to Biden providing cover as the Trojan Horse for Democrats, we live in an increasingly post-constitutional order that we’re just supposed to accept for some reason. Oh, but the only thing that they’re going to talk about for the Constitution in the days ahead has to do with the right to an abortion which does not actually exist in the Constitution.

The left is completely freaked out about that. We will get into the challenge there, what they will do. But when Biden comes under criticism, whether it’s Afghanistan or anything else, what does he do? Well, he finds a way to claim he’s doing a good job, but then also places the blame for the great job he’s doing, on something else. Look what he’s doing on Afghanistan. Afghanistan was really well executed except the bad parts and that was Trump’s fault.

Everybody being honest looked at him and said, “Wait a second. How could that be? Wait. So only the good parts, you get credit for; the bad parts are somebody else’s fault? That seems a little bit too convenient to me.” Oh, and then there’s also the usual. What is the ultimate — when the economy is bad, the ultimate Democrat go-to? Because the Democrats are socialist. It’s just a question of how socialist now.

“The corporations are the bad guys,” even the big corporations, Apple and Google and Uber — and you go down the list — are complete Democrat monocultures, politically. That’s all that’s allowed. And yet, they’ll trash corporations because that’s the usual class warfare move. Yet somehow the left thinks they’re against… There’s all the wokeness in the corporations, but the left still believes that they’re still the bad guys in all this? Play 18.

BIDEN: Fifty-five of the largest corporations in America, last year paid zero — zero — in federal taxes. I don’t care what your position is. It just seems to me, it’s time they start to pay their fair share like everybody else. Just pay a little bit here and it comes up to billions of dollars if they paid. The irony of ironies is during the recession and the pandemic — you’ve heard me say this before; I apologize for repeating it — when the vast majority of Americans are struggling just to hang on, the number of billionaires in America actually grew. (snickers)

BUCK: (impression) “Yeah, you know, we hate the billionaires. It’s the rich guys. The rich fat cats. You know, they’re the problem. Blame them for…” Blame them for the Biden economy for being so weak. This is pretty straightforward. They’re spending a lot of money. They’re spending money unnecessarily. They’re redistributing wealth by fiat. They’re encouraging people to stay home and get paid $300 instead of going to a job. Some people, it financially makes sense for them.

There’s plenty of reasons to want to get paid for doing nothing instead of making less money to do something. And then he wonders why, with also all the panic… Ultimately, there’s a refusal here to accept that we have to learn to live with covid instead of in fear of covid. And so the of Democrat mentality, Fauciism — all of it — is a huge drag on the economy right now. People are more scared than they should be and they need to be, and that affects all of our lives.